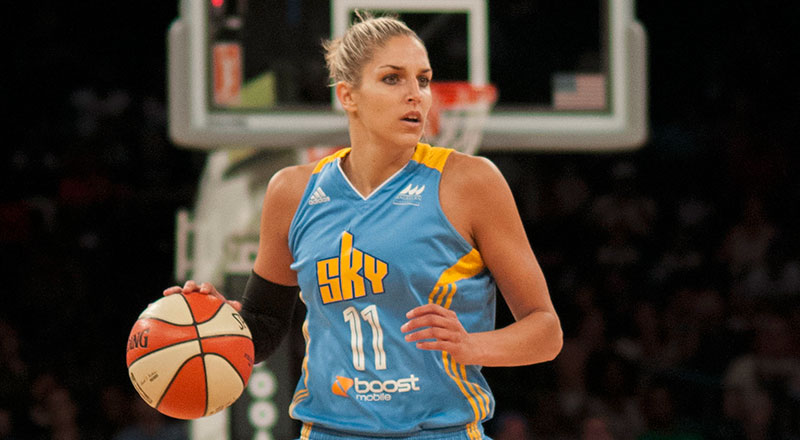 Chicago Sky forward Elena Delle Donne has been named the 2015 WNBA Most Valuable Player, the WNBA announced on Wednesday.

In June, Delle Donne dropped 40 points twice, including a career-high 45 in an overtime win against Atlanta:

This is the 26-year-old’s first WNBA MVP, the first of perhaps many.

Elena Delle Donne of the Sky was named the WNBA’s Most Valuable Player, the league announced Wednesday.

Delle Donne topped chief rival Maya Moore of the Minnesota Lynx for the award after the results of 39 media members’ votes were released on the eve of the Sky’s playoff series opener against the Indiana Fever on Thursday.

“It sounds pretty crazy just hearing that. It’s been an incredible season,” Delle Donne said Wednesday on ESPN moments after the announcement. “My teammates are definitely the ones I have to credit and my coaches as well. We’ve had so much fun this year, it’s been surreal, and we just want to keep it going.”

During the broadcast, LeBron James tweeted his congratulations.

“It’s so humbling. It kind of makes me speechless,” Delle Donne said of the tweet. “But all the NBA guys are so supportive of us and the league. We’re friends and we support one another and we respect each other and respect the game. So it means the most when they do something like that.”