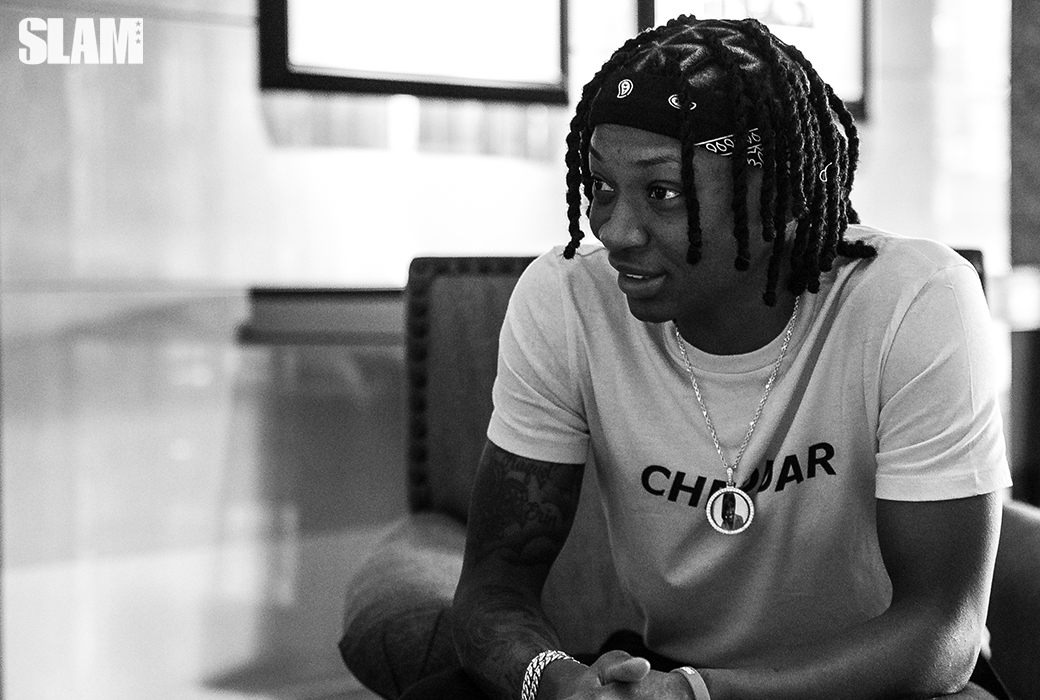 It’s been exactly 41 days since Erica Wheeler’s first All-Star Game, and memories from that evening are still as fresh as ever. Before her SLAM photoshoot on an early September afternoon, Wheeler thinks back to that teary-eyed moment when she was named the game’s MVP.

“That shit was heavy. That shit was super heavy,” says Wheeler, who dropped a game-high 25 points with 7 assists, including a dagger three late in the fourth. “Even in the moment, you believe it, but you’re still like, Nah, this shit ain’t real.”

Wheeler scorched the net for 7 threes in just 18 minutes, lighting up social media with highlight after highlight. An inspiring performance not to be forgotten, Wheeler has since become one of the league’s most recognizable players.

But prior to her breakout performance, Wheeler was often far from the center of attention. She was cut during her rookie season with the Atlanta Dream. And a couple of years before that, she went undrafted following a good, but not great, college career at Rutgers. So how has this underdog—consistently overlooked and underappreciated—dealt with the tidal wave of newfound attention?

“I don’t think [my self-perception] has changed. I just think it changed for the people that’s looking. Like, ‘Dang, who is this kid?’ Now everybody knows who I am,” Wheeler says. “I’m not the type of person that, Oh, I need to live up to the hype. I’ve always been the underdog, so I never get into that type of stuff. I just try to be within myself and do what I do.”

E-Dub is known for writing out her goals as a means of manifesting them into a reality. It’s safe to say that after this season, the bar has been set at a whole ’nother level. “These goals need to be higher than this because I feel like [winning All-Star MVP] kind of knocked down a lot of things that I had in line,” Wheeler says. “It’s just trying to find the proper goal.”

Very rarely does a player gain stardom at age 28 like Wheeler did this season. But anyone familiar with her journey knows that she’s often been the exception to the rule.

Growing up in Miami, Wheeler overcame the odds to make it out of the poverty-stricken, inner-city neighborhoods of Little Haiti and Liberty City. She was one of 13 people living in her grandmother’s three-bedroom home. When she was younger, two of her friends died in violent incidents.

“It wasn’t what people make it seem—it was way worse,” Wheeler recalls. “But at the end of the day, that’s what created the monster that I am today.”

Before her senior season at Rutgers, Wheeler’s mother passed away from cervical cancer. There were plenty of times when she felt like she couldn’t continue, but she had made a promise to her mother that she would graduate, and with the guidance of Rutgers coach C. Vivian Stringer, Wheeler got her degree.

Basketball often took a backseat to the paralyzing pain of losing her mother, and Wheeler couldn’t do much to set herself apart during her senior season. With averages of 10.5 points and 2.4 assists, she went undrafted in 2013 and felt lucky just to sign with an agent.

But she never gave up. From her first professional contract in Puerto Rico, where she earned $200 a week, to getting cut by the Dream, to becoming the first undrafted player to win an All-Star MVP—Wheeler has earned her place among the game’s most elite.

She hopes that her story inspires the youth to aim high and persevere no matter what obstacles lay in front of them.