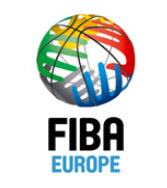 My good people, basketball as we knew it is over. Two post players banging down low, one man shows and low scoring games are being replaced by much taller, leaner, faster skill ridden players with a team concept on their mind. The international style of play has surpassed many peoples expectations. We have a more global market. You can’t just worry about your own backyard. Now you may have to compete against the best Chinese kid, a Brazillian kid, a kid in France or from Eastern Europe. It has gotten tougher nowadays.

David Stern, the NBA and WNBA concentrate their efforts a lot more in other countries such as China, Italy, Spain as well as France. At one time Cleveland and San Antonio had six out of ten foreigners on the court during the playoffs. The game of basketball is loved by many people, especially overseas. An ever-increasing number of international talents are securing spots on WNBA rosters. In addition to established Australian-born pros such as Lauren Jackson (Seattle), Penny Taylor (Phoenix) and Tully Bevilaqua (Indiana), promising newcomers like Iziana Castro Marques (Seattle) of Brazil and Marta Fernandez (Los Angeles) of Spain are establishing themselves in the league.

On the flip side, there are a total of 166 players in the WNBA on 13 different teams. Out of that 166, a total of 95 will be playing overseas. Yes, 57% of the players pack up and say bye-bye, ciao, hasta la vista or whatever means see you in 9 months. Teams like Dynamo Moscow and Spartak in Russia pay up to six figures to players for their services. Russia is leading the way along with Spain, Turkey, France, Italy and Israel close behind. Economic salvation for a female baller is usually 3,000 miles away from home, in another time zone, and probably speaking another language.

Basketball has become global just like the economy. As for Americans, we need to get back to the fundamentals. We’ve gotta develop and work on our skills. The high school coaches have to get back in the gym and work these kids out for two and three hours a day. It use to be that the high school coach taught the skills and the AAU coach played the games. We need to get back to making them better players. Internationally, they have taken our game and perfected it. By the ages nine, ten, and eleven our kids need to be working on skills so that by the time they get into high school the war is over. They know how to shoot, pass, v-cut, post up, etc.

The college level is not affected as much because there is no money involved. The overseas kid can begin to make money as soon as the age of 14 therefore, the institute of higher learning is not appealing. Most owners of these WNBA and NBA teams would love to have American players but, they’re in the business to win, not to have an American product.

Coaches need to be made better.  The youth, college, and pro coaches need a forum to work together. That’s how you improve basketball. “We try to do too much at the top rather than down in the grassroots”, are the words in the street. It is also being said that international players are more receptive to coaching and that we lack the fundamental skills we were known for in the past. Looking at the game today I must conclude, “the And1 crew was taken way too seriously.”

In Fundamentals We Trust…