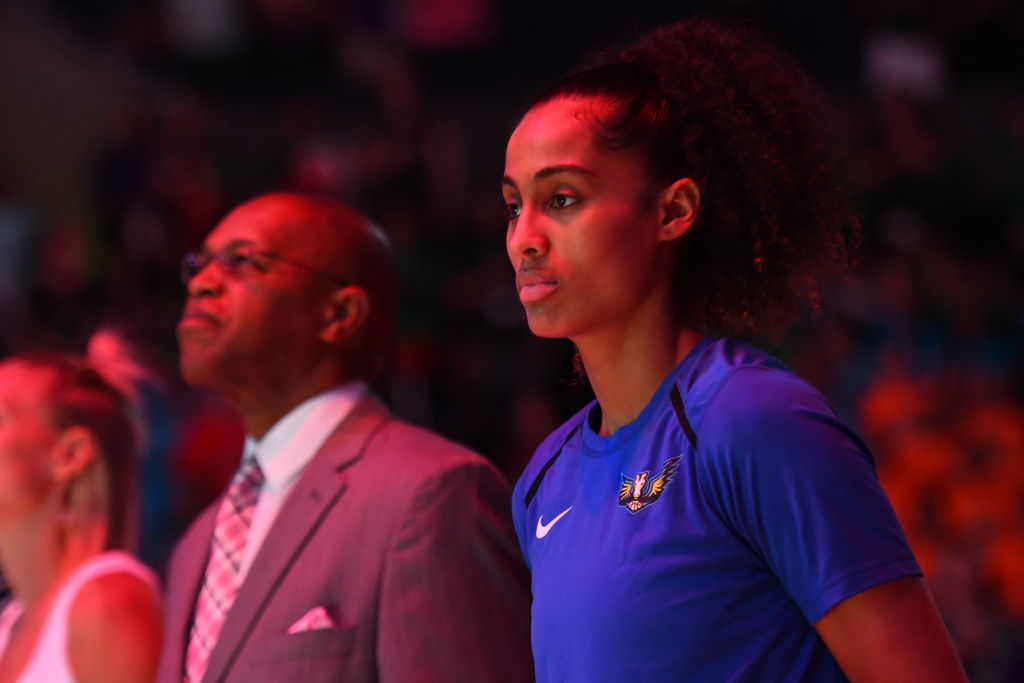 The Phoenix Mercury have acquired WNBA All-Star Skylar Diggins-Smith from the Dallas Wings, Rachel Galligan of W Insider reports. Diggins-Smith will ink a supermax contract as part of the sign-and-trade deal.

It’s unclear at this stage what the Wings will be bringing back in the deal but the Mercury loaded up in draft picks yesterday when they traded DeWanna Bonner to Connecticut.

Diggins-Smith will join a Mercury squad led by the iconic Diana Taurasi and anchored by Brittney Griner, by going along with a sign-and-trade pact she’s able to sign for a greater salary.

Diggins-Smith sat out the 2019 campaign after the birth of her child but represented the U.S. in the Olympic qualifiers earlier this year. In 2018 she averaged 17.9 points and 6.2 assists per game.