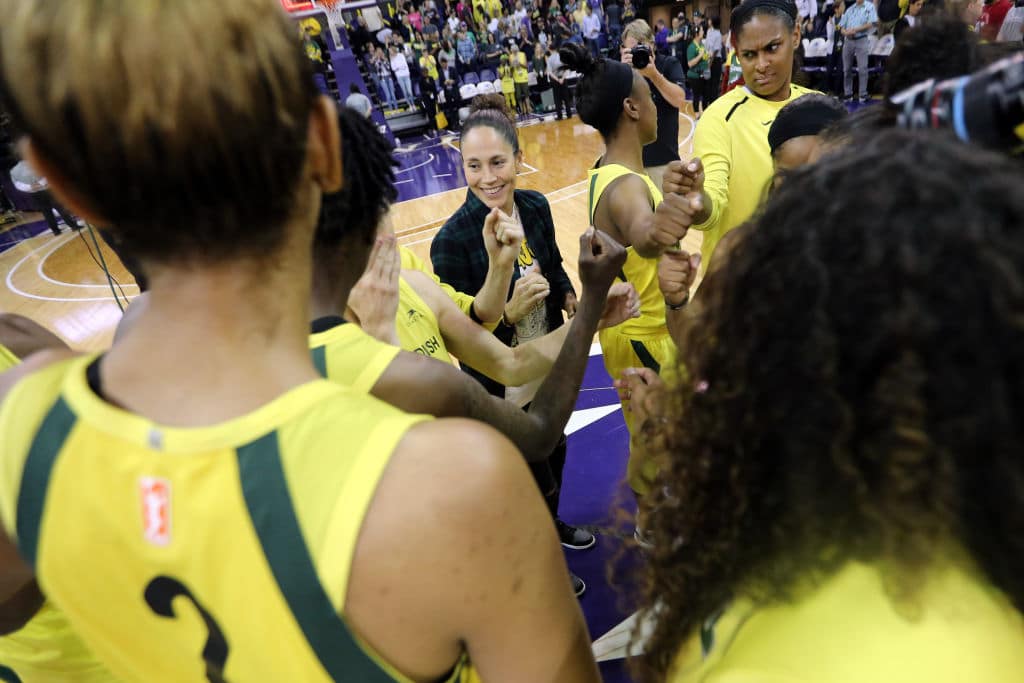 The Seattle Storm have made official what WNBA fans have long suspected; that Sue Bird will not play at all during the 2019 season. Percy Allen of the Seattle Times writes that the franchise has confirmed that the veteran won’t see action in the team’s final three regular season games or in the postseason.

In the days leading up to the regular season back in May, we wrote about the revelation that arthroscopic surgery on Bird’s left knee would keep the 38-year-old out of action for most if not all of the campaign. The rehabilitation timeline back then was 8-to-ten weeks but there were a myriad of factors that could have delayed that.

The Storm, to their credit, have battled to a playoff spot without Bird or reigning MVP, Breanna Stewart, and will forge on led in no small part by breakout stars Natasha Howard, Jewell Loyd and Jordin Canada.

Bird will set her sights to 2020 when she intends to return for the storm. Allen writes that the veteran has also expressed an interest in representing the women’s national team at the Olympics for a staggering fifth time.