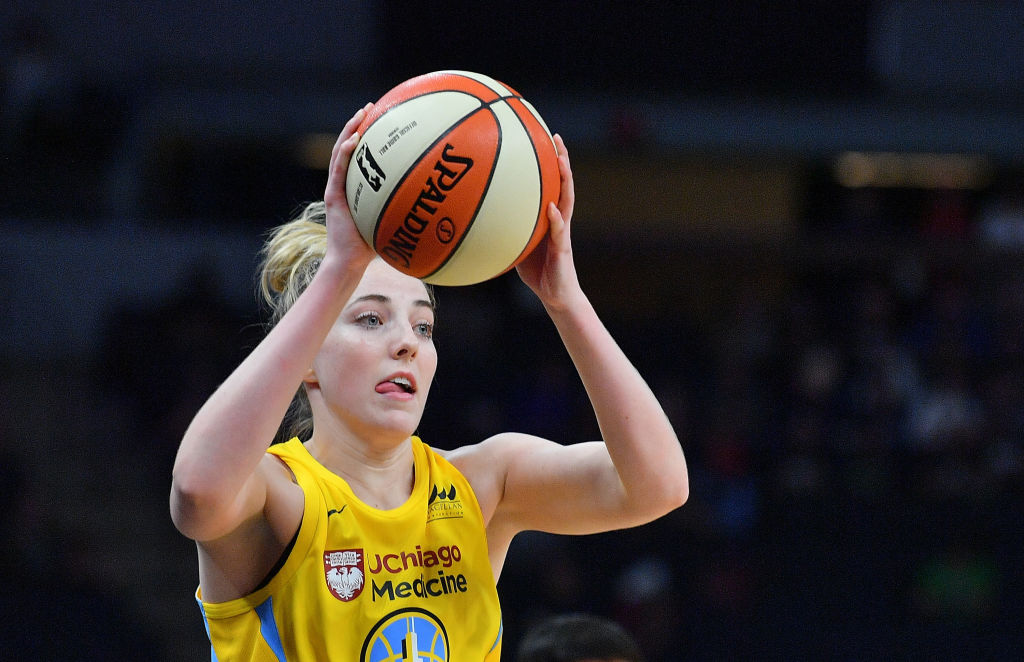 The Dallas Wings have announced the acquisition of Katie Lou Samuelson in a trade with the Chicago Sky. Samuelson, the No. 4 pick in the 2019 WNBA Draft, will head to Dallas alongside a 2021 first-round pick.

Chicago-bound in the swap is low post threat Azura Stevens who saw limited action on account of a foot injury in 2019 but showed flashes of potential as a rookie in 2018.

Stevens averaged 8.9 points and 4.6 boards per contest in her first WNBA campaign while Samuelson saw limited action in her own first professional season after a standout career at UConn.

Samuelson averaged 16.8 points per game over four years with the Huskies but saw just 7.7 minutes per night in Chicago. How the Sky handled their lottery pick in 2019 became a point of contention for the franchise toward the end of the season.

Samuelson will join a rebuilding Wings team that has traded both Liz Cambage and Skylar Diggins-Smith over the course of the past 12 months.