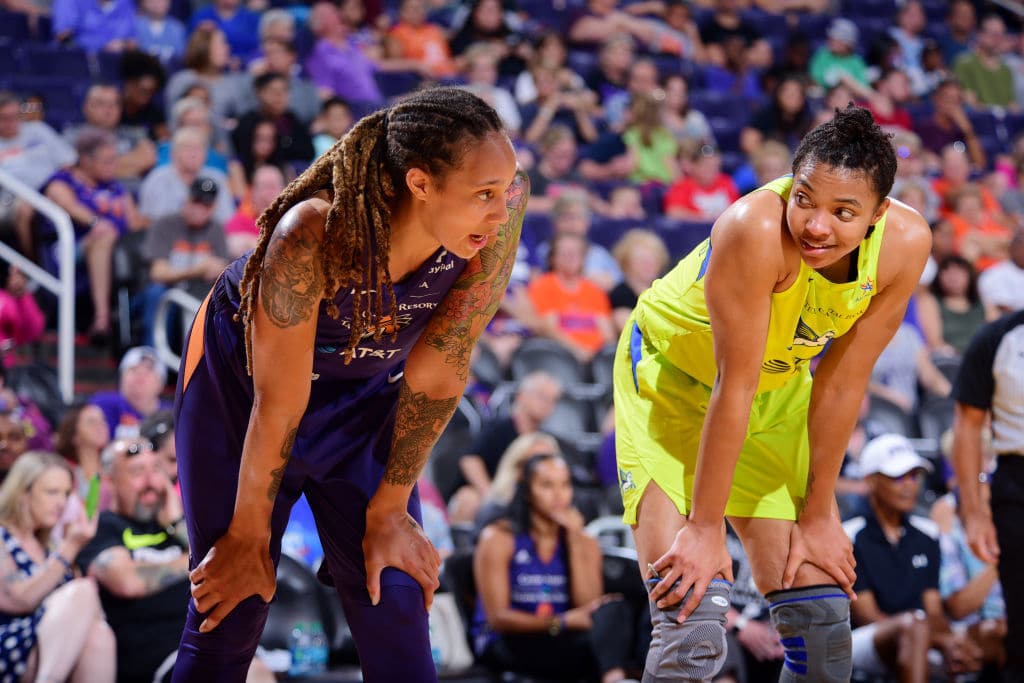 The WNBA has revealed its response to the altercation between Brittney Griner and Kristine Anigwe on Saturday night. The incident occurred during the final quarter of a Wings victory over the Mercury.

Griner will face the stiffest punishment, a three-game ban, for throwing punches, escalating the incident and making contact with Wings guard Kayla Thornton.

Rookie center Kristine Anigwe and the aforementioned Thornton will each serve two games for their roles in the on-court fight. A scrappy loose ball foul by Anigwe started the altercation and it was escalated from there.

Two other players, Phoenix’s Diana Taurasi and Dallas’ Kaela Davis will be suspended for single games for leaving the bench during the incident.