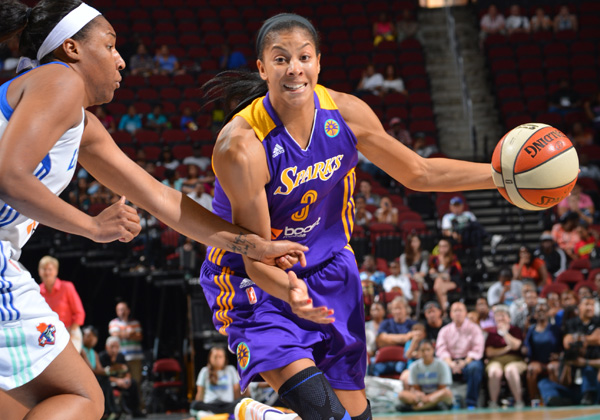 In this week’s MVP rankings, Diana Taurasi has taken steps forward due to interim coach Russ Pennell’s more efficient system. Despite back-to-back 30-plus point outings for Angel McCoughtry, the Dream are riding a cold streak. Tamika Catchings, in the past week, nabbed her 900th steal and sneaks up the MVP ladder. And the “Candace Can” mantra still rings true for the Sparks, as their do-it-all forward reigns once again in the rankings.

Check out the latest:

The Sparks are the hottest team in the league, as they currently are riding a five-game winning streak. Parker has come back from a wrist injury and continued to contribute at a high rate. Last game against the Chicago Sky, Parker contributed 18 points, 7 rebounds, 2 blocks and 2 steals in a 80-76 win. The Sparks look to push for first place in the West and home court advantage throughout the playoffs. The Sparks face an uphill battle in the next couple games against the Indiana Fever and pesky Seattle Storm.

The Fever have been plagued by injuries, yet still sit at third in the Eastern Conference. Much credit has to be given to Catchings, who has put the team on her back this year. Last week Catchings plucked her 900th steal, which is a lot of cookies. The former Lady Vol has aged gracefully, averaging 17 points and 7 rebounds. Her 3 steals and a block per night make her a serious threat for Defensive Player of the Year as well.

McCoughtry has topped 30 the past two games, but that has still not been enough to halt the Dream’s losing streak. Against the Sun, Angel scored 33 points but was unable to make that last push to beat Connecticut. The team has been plagued by injuries as of late; hopefully getting their sixth woman, Tiffany Hayes, back takes some pressure off of McCoughtry.

The team has taken on a new identity since Coach Gaines was replaced last week. Everyone thought this team would dominate from the start, but this team has lacked the ability to stay healthy nor stop anyone on the defensive side of the floor. Despite the fact Diana is leading the league in scoring and top-five in assists, the team has just pushed over .500. Since the coaching change, Diana has transformed into a more efficient player, which has led to three straight victories for the Mercury. Taurasi flirted with a triple-double last game against the Fever, with 12 points, 11 assists and 6 rebounds. Taurasi will continue to rise up the MVP list if the Mercury continue to win games.

“Big Syl” continues show the league she is the best center in the WNBA this season with her stellar play down low. The Sky may have lost against the Sparks, but Fowles put on a show with 22 points and 9 rebounds. In the previous game against Minnesota, Syl was unstoppable in the paint, with 31 points and 9 rebounds. Fowles is now hitting her free throws, which makes sending her to the line an option teams will have to pass on for the time being. Look for the crafty big to continue to dominate the paint next game against Seattle.

Delle Donne was spectacular in her return from injury, winning Eastern Conference Player of the Week. The Delaware native scored 19 points and pulled down 9 rebounds in a 77-61 victory against Connecticut. Later in the week, the rookie dominated the Lynx in a pivotal matchup against the Western Conference leaders. Her 32 points and 6 rebounds helped the Sky defeat the Lynx in overtime. Unfortunately, the smooth wing suffered a minor foot injury last game against the Sparks. Delle Donne is easily the league’s best rookie, but to make a push at the MVP trophy she must stay on the floor.

Whalen has been sensational of late but has been unable to push her team to victory, resulting in a slight decline for her in the MVP race. Whalen filled up the box score with 16 points, 10 rebounds and 6 assists, but shot poorly from the field (6-16 in the contest). Minnesota may boast the league’s best record but have lost when facing the best teams out East. Whalen must find a way to help guide her team to victory against teams with equal talent.

Pondexter has been on fire as of late, and has been able to turn her big games into wins for the Liberty. Last game against the Dream, Pondexter dropped 33 points and dished out 7 assists in a key road win. The Liberty remain on the outside looking in, but only sit a half game behind Washington, whom they play next game. The Liberty’s schedule won’t get much easier, as they face the Lynx and Sky on the road next week.

Moore found her stroke offensively, which led to her winning Western Conference Player of the Week. She led the West in scoring with 23 points and 3.3 steals on the week. The Lynx as a team though have been in a funk, unable to close out big games against playoff-bound teams in the East. The next couple of games won’t be easy on Moore, as they face Tulsa, the Liberty and Atlanta Dream.

Charles has been much more efficient shooting the ball in the past week, which led to a big victory last night against the Atlanta Dream. Charles dominated the paint with 25 points and 6 rebounds in the 88-86 win. The Sun are currently three games out of the final playoff spot, but have key games against playoff teams Atlanta and Chicago this week. The ball is in their court if they desire to make it back to the playoffs this year. 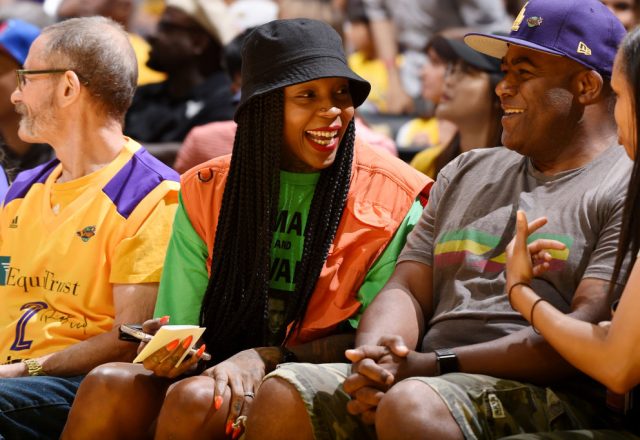