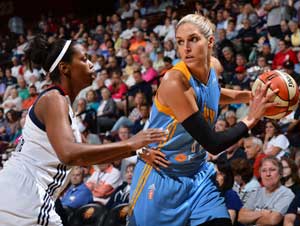 A compilation of the best images from the past seven days. Catch up on the week’s WNBA photos from the final days of the regular season early in the week to the tip off of the Playoffs last night.