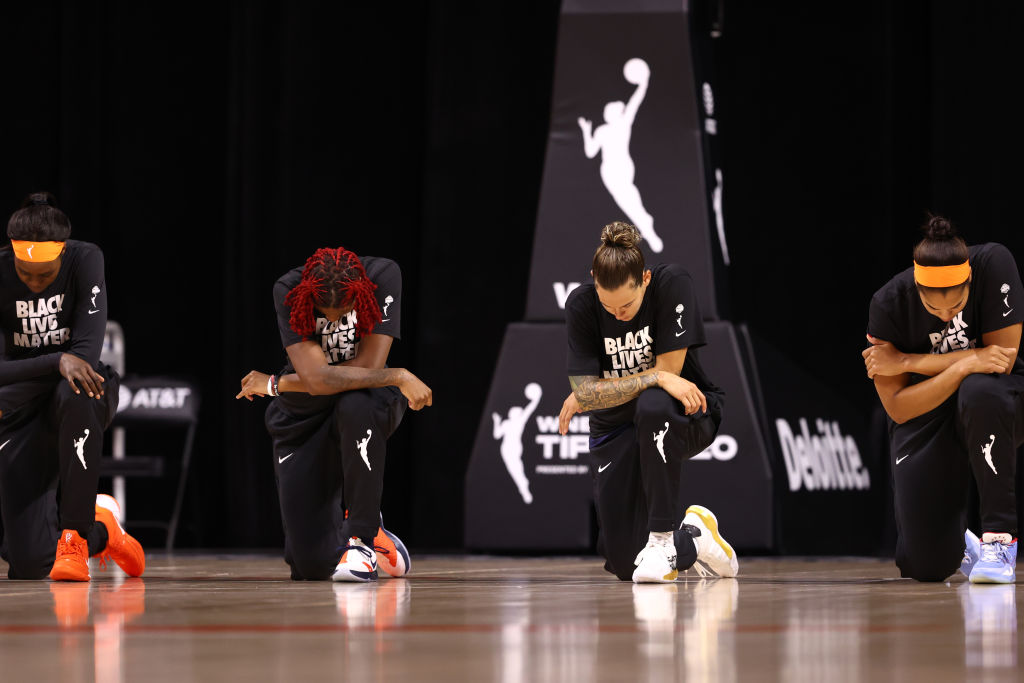 Update #1, 7:15 PM EST: The WNBA has elected to cancel its Wednesday night games altogether, Lyndsey D’Arcangelo of The Atheltic reports.

The WNBA will continue with its scheduled games tonight, Arielle Chambers of Bleacher Report reports on air, a total of three contests with the first set to tip off at 7:00 PM EST.

As a sign of protest, the players will stop play every seven minutes.

The W’s decision comes on the heels of three boycotted NBA games. The Milwaukee Bucks were the first to boycott their Game 5 appearance on Wednesday and it’s since come to light that all six teams were unified on that decision.

Joining the NBA squads are the Milwaukee Brewers and Cincinnati Reds, who were scheduled to play in a MLB contest tonight. The Brewers, like the Bucks, call the state of Wisconsin home and are particularly connected to the protests unfolding in response to the latest police shooting in Kenosha, WI.

The WNBA has a history of being vocal in their support of social justice movements and will likely continue that trend tonight.