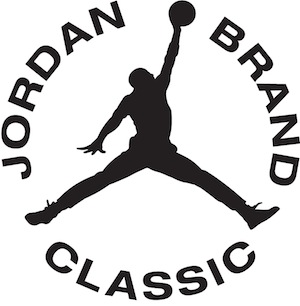 Tickets for the 2013 Jordan Brand Classic game officially went on sale this morning on Ticketmaster. This year’s All-American senior class is among the most highly touted ones in recent memory. Serving as the last high school game for top ranked seniors, its alumni list include LeBron James, Kevin Durant, Carmelo Anthony, Chris Paul, Blake Griffin, Derrick Rose, Amar’e Stoudemire, Kyrie Irving and Dwight Howard. Last year, SLAM ran a story that relived the first decade of what has become one of the most celebrated basketball events of the year. Top rated players that are most likely to partake in this year’s national game include Jabari Parker, Andrew Wiggins and Julius Randle. The event is expected to be a hot ticket, so we suggest you don’t wait until the last minute to purchase them if you want to get good seats (or any seats at all!).

The 2013 Jordan Brand Classic will be held on Saturday, April 13, 2013 at the brand new Barclays Center in Brooklyn, NY–birth place of MJ. The triple header starts at 3:30 p.m. with the International Game, followed by the City vs. Suburbs Regional Game at 5:30 p.m., and then the National Game is expected to tip-off at 8:00 p.m. Tickets range from $10 to $85. To commemorate the official ticket launch of the renowned All-Star game today, Jordan Brand Classic is giving away a couple pairs of Jordans this afternoon via the game’s official Twitter @JordanClassic.

Who will be the next star to emerge? History tells us the Jordan Brand Classic is where you will most likely see them shine first.