A ‘Jail Blazers’ Documentary is in the Works 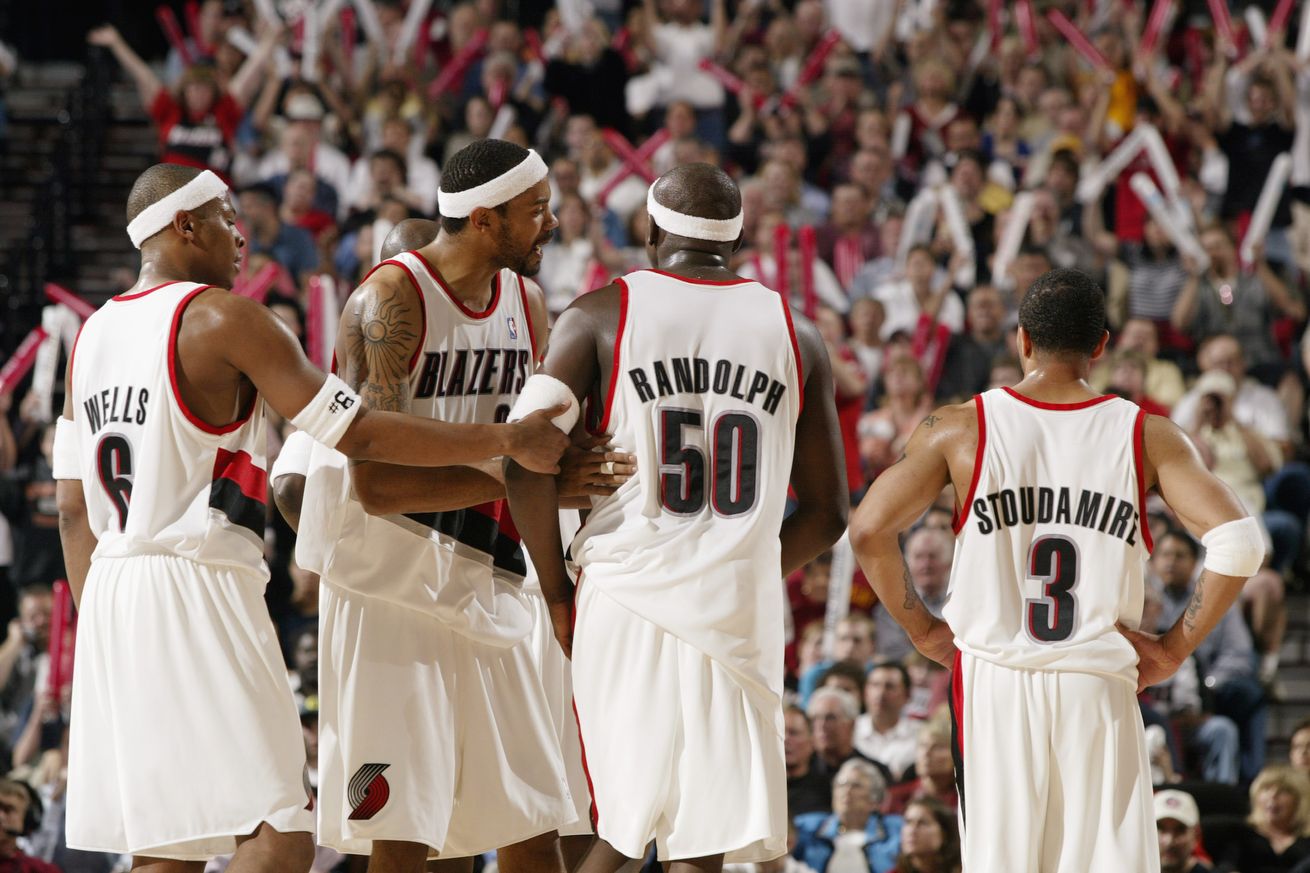 The Portland “Jail Blazers” were one of the more talented, frustrating and hilarious squads in NBA history, and Damon Stoudamire confirms that a documentary about them is being produced.

Former teammates Rasheed Wallace and Bonzi Wells are said to be involved in the project.

To no one’s surprise, team owner Paul Allen is less than thrilled with all of this.

Got a frustrated communication from a Trail Blazers executive 20 minutes before tip-off of Game 2 of the Blazers-Clippers first-round NBA Playoff series on Wednesday night. […] “You’re the only person I’ve heard anywhere in town that’s feeding this rumor,” the executive wrote. “And you keep booking guests to validate this fiction (Rider, Davis.) Why?”

Someone representing Allen, his Blazers or Vulcan, Inc., I’m told, contacted ESPN to find out if this was a viable 30/30 project. ESPN isn’t behind this. Then, I got that pre-game text on Wednesday. I don’t think it’s the current Blazers management regime, per se, that’s irked. The text I received felt more like a fishing expedition launched after Allen’s inner circle in Seattle came up empty trying to find out what’s going on with this. Maybe the interest is strictly about whether it could reflect poorly on Allen’s legacy as a sports owner.

“We’ve convinced people who haven’t talked really about this before to partake in this,” Stoudamire said on Friday morning. “It will be the good and the bad… the bad arrest, players feuding with media, internal friction, we’re not gonna hold back.” […] “We’re not trying to tear the franchise down,” he said, “… we were a young team that ultimately had all the ingredients to be special… a lot of people to point the finger at during that time, but the bottom line is we just didn’t get it done. […] We left at least one finals appearance on the table. We can never make people forget the bad of that era. What we want, Oregonians especially, to know is we made mistakes but, we left it on the line for the town and basketball-wise the franchise hasn’t had that success since we left.”