Agent Denies That Ray Allen Signed With the Cavs 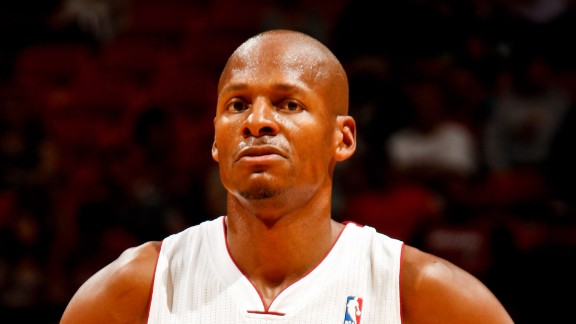 It seems almost inevitable that the Cleveland Cavaliers will nab Ray Allen off the free agent market. Despite the rumors, the signing hasn’t happened.

Allen’s rep says that his client hasn’t yet made up his mind about suiting up for his 20th season in the NBA.

Agent Jim Tanner posted a statement on Twitter saying the 39-year-old Allen remains uncertain about his future. Tanner felt the need to comment following rumors Allen signed with the Cavaliers.

When LeBron James re-signed with Cleveland this summer it was believed Allen might join him. However, Tanner spoke with Allen on Tuesday and said “Ray’s position has not changed. Ray has not decided if he will play this season nor has he signed w/ the @Cavs.”