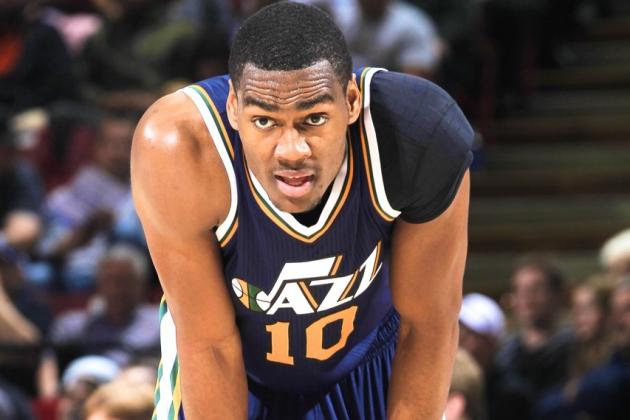 The Utah Jazz announced Tuesday that guard Alec Burks will miss the remainder of the season, as he’s set to go under the knife to fix his injured left shoulder.

After examination by the Utah Jazz medical staff it has been decided that Alec Burks will undergo a surgical repair on his injured left shoulder. The procedure will be performed by Jazz head orthopaedic team physician, Dr. Travis Maak, on Wednesday, Dec. 31 at the University of Utah. As a result, Burks will miss the remainder of the 2014-15 season. He is expected to be ready for the start of 2015 Jazz training camp.

“Alec’s long-term health has been our top priority throughout this process, and although it is unfortunate that we will be without his services on the court the rest of this season, we commend Alec’s commitment and continued effort to play through considerable pain to this point,” said Jazz General Manager Dennis Lindsey. “After continued consultation with our medical staff, Alec and his representation, we have unanimously agreed that it would be most prudent for Alec to have this procedure performed now in order to ensure that he will be healthy and ready for the start of next season.”