Allen Iverson Ruled Eligible for Hall of Fame Class of 2016 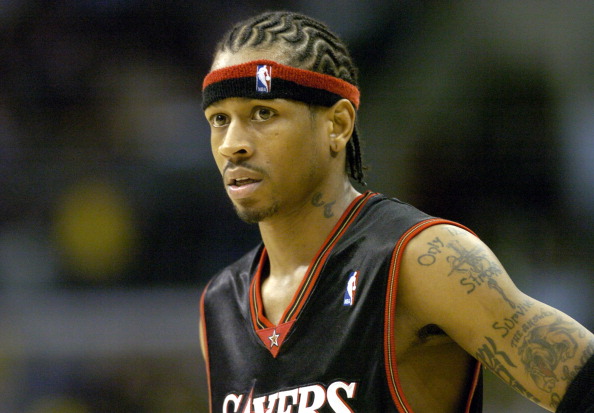 Yep. Allen Iverson is about to headline the list of Hall of Fame inductees in 2016. Now that the Hall of Fame has decided to disregard his 10-game stint in Turkey back during the 2010-2011 season (you have to be five years removed from playing to be eligible for the Hall), AI will be nominated in 2016, not 2017. Sure, he has to be voted in, but c’mon, it’s AI.

Here are the details, from NBA.com‘s Scott Howard-Cooper:

Because there rarely is anything simple about Allen Iverson, it took conversations — maybe even debate — then an important decision. Next, it will require two votes. Both should go his way. But, again, Allen Iverson? Anything but simple.

He is now eligible to be nominated for the Naismith Memorial Basketball Hall of Fame. To say Iverson, should he be elected as expected, will be the headliner for the Class of 2016 is obvious. With his popularity among fans and the anticipation of an epic acceptance speech at the induction ceremony, AI would be the headliner most any year. (In his acceptance speech Friday night, 2015 inductee Dikembe Mutombo acknowledged Iverson’s likely spot in the Hall, thanking former 76ers coach Larry Brown for “allowing me to play with Allen Iverson, who will stand here soon in Springfield.”)

The calendar distinction is necessary, though, because the finish to his career was as unique as Iverson himself. Had 2009-10 with the 76ers been his final season, the path to enshrinement would have been straight and level. Wait the mandatory five seasons, be nominated in 2015 and be part of the voting cycle that culminates in ascending the steps of Symphony Hall in the summer of ’16.

Iverson’s decision to play in Turkey in 2010-11 was the complication. That could have pushed induction back until 2017 — the same year that Shaquille O’Neal is eligible to enter the Hall — or even longer if Iverson had fulfilled both seasons of the deal with Istanbul-based Besiktas. When Iverson’s European career lasted all of 10 games, officials were handed a judgment call.

After years of no decision, it was finally decided that 10 games — especially 10 games on a different continent — were nothing more than a brief moonlighting opportunity for a candidate whose nomination would go through the North American committee. Iverson can be nominated in 2015, not 2016, and could be a first-ballot Hall of Famer in 2016, not 2017.