Amar’e Stoudemire Produces ‘Beyond The Lights’

The Knicks forward helps launch the nationwide-release of his new film. 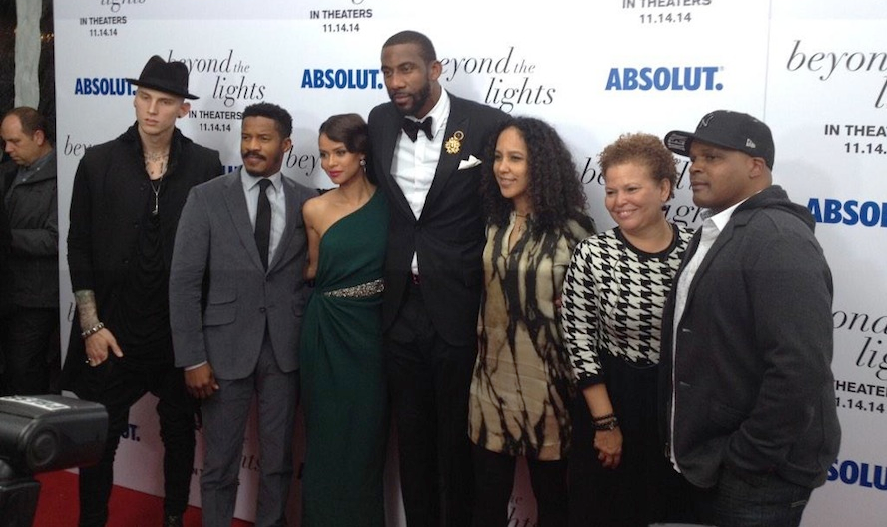 Amar’e Stoudemire helped his visiting New York Knicks defeat LeBron James, Kevin Love, Kyrie Irving and the Cleveland Cavaliers by a final score of 95-90 on October 30. Two weeks later, on November 14, the six-time All-Star and five-time All-NBA selection helped launch the nationwide-release of his new film, Beyond The Lights.

Stoudemire served as producer for the film, a music-infused drama that is written and directed by Gina Prince-Bythewood, the creator of 2000 hit-movie Love and Basketball. Stoudemire’s producer role evolved through his relationship with his agency, Relativity Sports. Relativity Media contacted STAT to gauge his interest in the project, and he went on to thrive in the position.

“The script was remarkable,” Stoudemire said. “There were so many underlying messages. Director Gina Prince-Bythewood covers a lot of aspects that are important, not only in the music industry but in life itself, along with the different challenges that careers present. I can relate to trying to perfect your craft and being the best at what you do. In the professional world, you do want to succeed and not submerge into a lifestyle that can be overwhelming.”

The off-court, professional experience and overall success in launching this project is something that fellow NBA big man and Relativity athlete, Anderson Varejao, is proud to support.

“I’m very happy for him,” Varejao, the Cavaliers starting center, said following the release of the movie produced by his friend Amar’e Stoudemire. “I haven’t seen it yet, but I’m definitely looking forward to checking it out and talking with him about it for sure.”

Back in September, Stoudemire spoke with The Source about how the opportunity to work on a film of this magnitude presented itself.

“I worked hand-in-hand with Relativity,” Stoudemire explained. “When they called me about this film, I read the script and then once I read the script and realized it was going to be a very, very inspirational film. Once I came to that conclusion, I flew into L.A. to be on set, and I saw operations working and I thought this is something that I really want to be involved in. So that’s how I got involved.”

During Stoudemire’s 12 professional seasons in the League—where he’s averaged 20.3 points and 8.3 rebounds for his career—he’s explored many interests outside of basketball. This includes stamping his passport all over the world, learning to appreciate fine art, fashion, along with other hobbies and projects. Signaled by the nationwide release of Beyond The Lights, however, film has become a major passion for STAT when he’s not putting in work for the Knicks.

The New York City red carpet premiere last Thursday brought out some of those Knick teammates, in addition to the cast and crew from the movie. Iman Shumpert was among those in the building, along with WNBA star Skylar Diggins, Bad Boy artist and Cleveland-native Machine Gun Kelly, Teyana Taylor, India Arie, Ravens Running Back Justin Forsett, Knicks executive Steve Mills, along with the CEO of Relativity Sports, Happy Walters.

MGK, a proud fan of the Cleveland Cavaliers, plays the role of a rapper named Kid Culprit in the film produced by Stoudemire. Kid Culprit is an arrogant rapper who dates a rising pop star. Kells has told multiple outlets that he’s wearing sunglasses on set to shield himself from the overwhelming arrogance of the character he portrays.

For more on Beyond The Lights check out the trailer:

The photo gallery above features exclusive pictures from the New York City red carpet premiere of Beyond The Lights. All photos courtesy of Relativity Media.

Brendan Bowers is an NBA writer who covers the Cavaliers and the NBA in Cleveland for SLAM. Follow him on Twitter @BowersCLE. Images via Getty, @amareisreal.