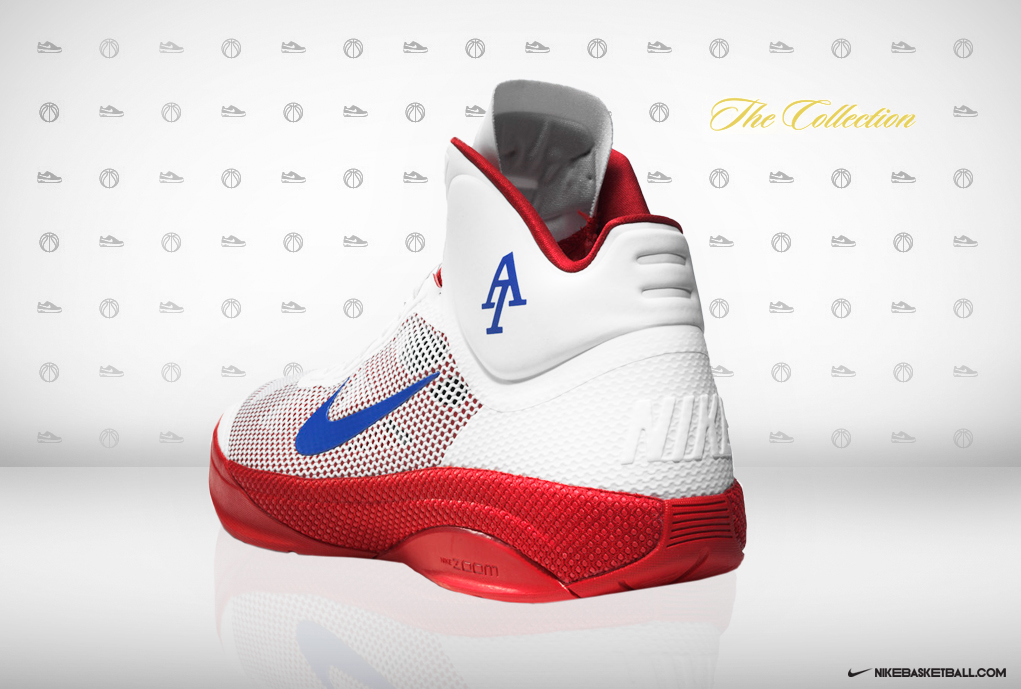 After rocking the same pair of black and red Nike Hyperfuses through the first four games of his post-season, you have to wonder what’s held Andre Iguodala back?

I’m not talking about his 8.8 ppg average in the Playoffs (though the 6 rebounds and 7.5 assists help his cause) or the fact that his Sixers are down 3-1 to the Miami Heat. Iguodala let two home games slip by him in this series and chose not to go with these player exclusive white/red Hyperfuses that Nike made for him.

Based on the lack of success he and his team have had in the first three games of the series, the choice wasn’t to stick with something that was working. Maybe he doesn’t care about his kicks as much as others. Maybe he’s just more focused on extending his Playoff push as long as possible. Either way, a brilliant pair of kicks are collecting dust while Dre and the Sixers sort it out.