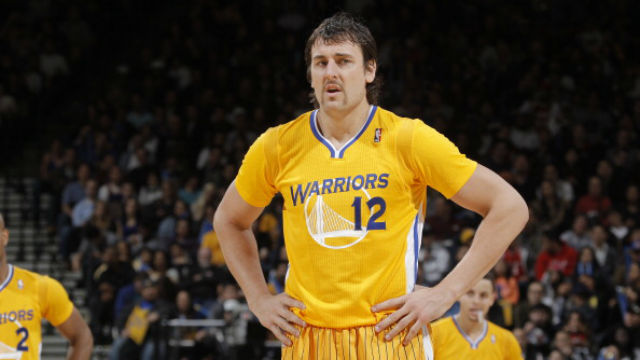 Rave reviews continue to flow in for first-year head coach Steve Kerr. The Golden State Warriors are off to a blazing 8-2 start, and Andrew Bogut in particular, is thrilled with Kerr’s game plan.

The big fella says that Kerr has breathed new life into his 10-year NBA career.

“I don’t think it’s so much a physical thing, for me it’s a big mental thing,” Bogut said on Tuesday. “Having a coach that has the confidence in me, even with the scorers in Steph (Curry) and Klay (Thompson), to say, ‘We want you to be aggressive and look for your own shot’, it does wonders for my game. […] It’s huge, I’m a huge confidence player and I think Steve Kerr’s been unbelievable so far.”

“They’re running me in the high post a lot more and utilising my passing and it’s been great so far. Steve Kerr’s turned around my career and getting me back involved offensively, too, helps.”

“He’s adapted (multiple championship-winning coaches) Gregg Popovich and Phil Jackson and taken the best of all those guys and he continues to learn,” the 30-year-old said of Kerr. […] I think guys are starting to feed off that, he’s a very fair coach, he’s not a negative guy, he’s just got a positive vibe about him to be around every day and I’ve really enjoyed working with him so far and I think it will only get better.”