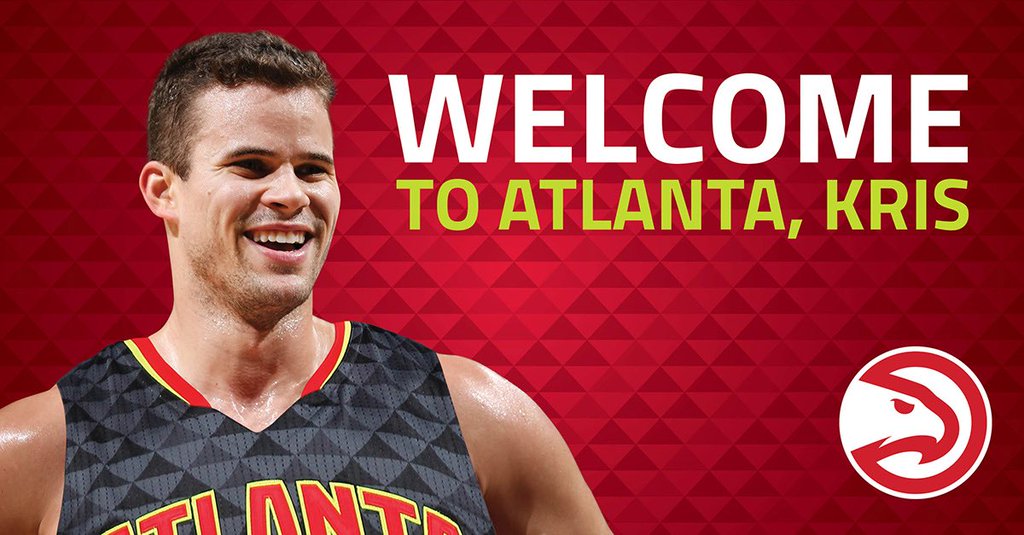 The Atlanta Hawks inked Kris Humphries to a contract Tuesday, this after the big fella cleared waivers.

Humphries, 31, was recently bought out by the Phoenix Suns.

By signing Tuesday, Humphries will be eligible for the postseason. […] The Hawks created a roster spot at the NBA trade deadline after reserve center Tiago Splitter was lost for the season due to right hip surgery. The Hawks pursued several other players via the waiver wire including Anderson Varajeo and Joe Johnson. Each chose to sign with other teams after being bought out and clearing waivers.

“With our situation with our bigs, (we wanted) add someone like Kris and with his versatility,” Hawks president of basketball operations and head coach Mike Budenholzer said. “He can play both the bigs spots. He’s added to his range. He’s able to shoot and make 3’s. His defensive rebounding is something that can help us. He’s got a toughness. We just feel great about having another big we can add to our mix for the last (22) games into the playoffs.”

The 6-foot-9 Humphries has added a 3-point shot to his game this season. He is a combined 26 of 77 from long range this season with the Wizards and Suns. He was a combined 2 of 26 from 3-point range in his previous 11 NBA seasons. […] “That’s one of the things I’ve been impressed about,” Budenholzer said. “He’s extended his range.”