Over the last year I have done a radio program in Washington, DC, with former NBA player Etan Thomas. Thomas played 11 years in the NBA, so suffice it to say he has an extensive Rolodex of former players for us to get on the phone and interview. Etan is a thoughtful, politically minded person, and the friends he made in the League over the years are very similar in their approach to both the game and the world. We have been able to interview people like Larry Hughes, Bryon Russell, John Wallace, Nolan Smith, Roger Mason, Antonio Daniels and Joe Smith—very good people with a lot to say.

Of course, we have been doing the show in the context of the Black Lives Matter movement against police violence, a movement that Etan Thomas has heavily invested himself in. This has meant that we have asked many of these former players if they themselves ever had run-ins with the police or had problems with local authorities. I certainly expected some of them to have stories. After all, these are wealthy black men driving fancy cars, which is racial profiling catnip for police officers trained to target in such a manner. There was a great deal, however, that I did not expect to hear. I did not expect to hear the pain in people’s voices, as these confident alpha males expressed a guarded torment over going through the ordeal of being treated like a criminal. I also did not expect to hear how close many of these situations came to ending horribly wrong. We are talking about Durham police having guns drawn as the window comes down, the barrel pointed right between the eyes of guard Nolan Smith. This is referred to as protocol. I also did not expect to hear from Nolan Smith that Mike Krzyzewski was one of the first people he told and was given a great deal of love from Coach K and his entire family.

One commonality in all of the stories we have heard was how the attitude of the police would change dramatically once they either recognized the man behind the wheel or looked at their licenses and made the connection that this was not just a random 7-foot-tall man in the front seat of a custom made Denali. On one level, their fame allowed them to travel from being anonymously black—a threat, a predator, someone to approach armed with the finger on the trigger—to being an actual human being. But on another level, the realization that they were dealing with an NBA player at times made the situation more precarious. The attitude by police could careen as fast as an eye-blink from “you are a threat” to “you are a star” to “you better not act like you’re better than me just because you’re a star.” Ask Thabo Sefolosha, Dale Davis or Chris Webber how quickly a run-in with police can turn violent once they figure out that you are not only an NBA player but an NBA player with “attitude.”

One profound benefit that takes place when NBA players speak out and stand with the Black Lives Matter movement is that it puts a recognizable face on the question of police violence for white Americans. We still live in a deeply segregated country where many see black Americans as an indistinguishable mass—unless they have fame in sports, music or, increasingly, politics—not unlike the way those police officers approached Nolan Smith’s car window in Durham. To speak out, to tell their stories and to tell the truth—that fame, money and glory can only protect you so much—has the power to sever segregation and create a transmission belt of information and understanding. Their stories may not fit with a corporate narrative or the NBA’s desire to leap toward even more mainstream success, but the social good that arises from their seizing the microphone should cause us to encourage them to open their mouths and be heard. The stakes are higher than brand potential. They speak to whether we can ever move on from the racial hatreds of the past and build a better country. 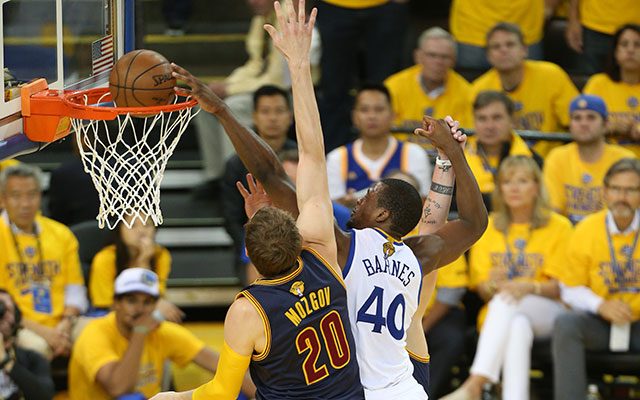