Blake Griffin Accused of Slapping a Man in Vegas Nightclub 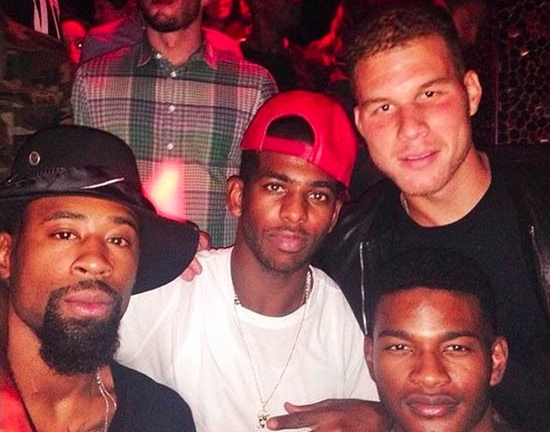 A 39-year old partygoer in Sin City alleges that he was man-handled and slapped across the face by LA Clippers All-Star forward Blake Griffin.

The incident is said to have taken place Sunday in the wee hours, at Tao nightclub in the Venetian.

According to a statement Daniel gave to Tao security, the man says Blake (who was partying at the club with his L.A. Clippers teammates) was bothered by the flash of the camera — and “grabbed my phone with one hand.”

Daniel says he didn’t let go of the phone because his ID and credit card were attached to it — so Blake grabbed his neck and began to squeeze while demanding Daniel give up his phone “or else.” […] According to the statement, the two eventually separated after Blake took the phone — and when Daniel tried to ask for it back, Blake struck again grabbing his neck and squeezing for a second time.

Daniel says when security finally got to the scene — Blake told them, “Get him the f**k out of this club.” […] Daniel says Blake then “slapped me in the right side of my face.”