The Blazers continue to upgrade their bench by agreeing to terms with Dorell Wright on a two-year, $6 million contract. The Thunder were also reportedly pursuing Wright to replace Kevin Martin. From the Oregonian: “Free agent wing Dorell Wright has agreed to sign a two-year contract for $6 million with the Trail Blazers, agent Greg Lawrence said. The signing won’t become official until Wednesday. Wright, a 6-foot-9 sharp-shooter, last season averaged 9.2 points and 3.8 rebounds as a reserve for Philadelphia. He is a nine-year pro who has played in Miami, Golden State and Philadelphia. His best season was 2010-2011 in Golden State, when he led the NBA with 194 three-pointers and averaged 16.4 points and 5.3 rebounds. Wright gives the Blazers 13 guaranteed contracts, two short of the NBA maximum. The Blazers have enough money to possibly sign two more players, using a $2.6 million “room exception” and perhaps a veteran’s minimum.” 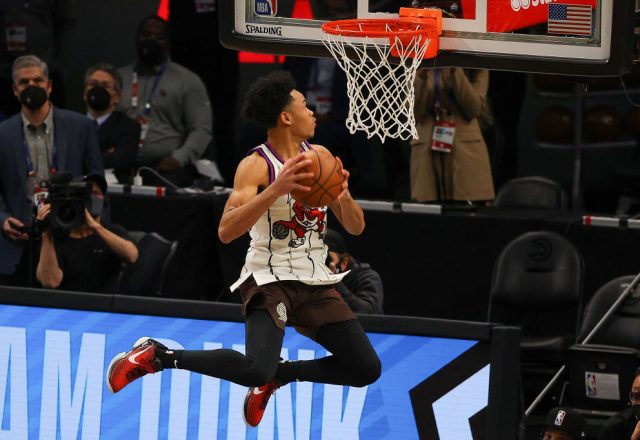