Brandon Jennings: Wizards a ‘Team That Actually Plays Together’ 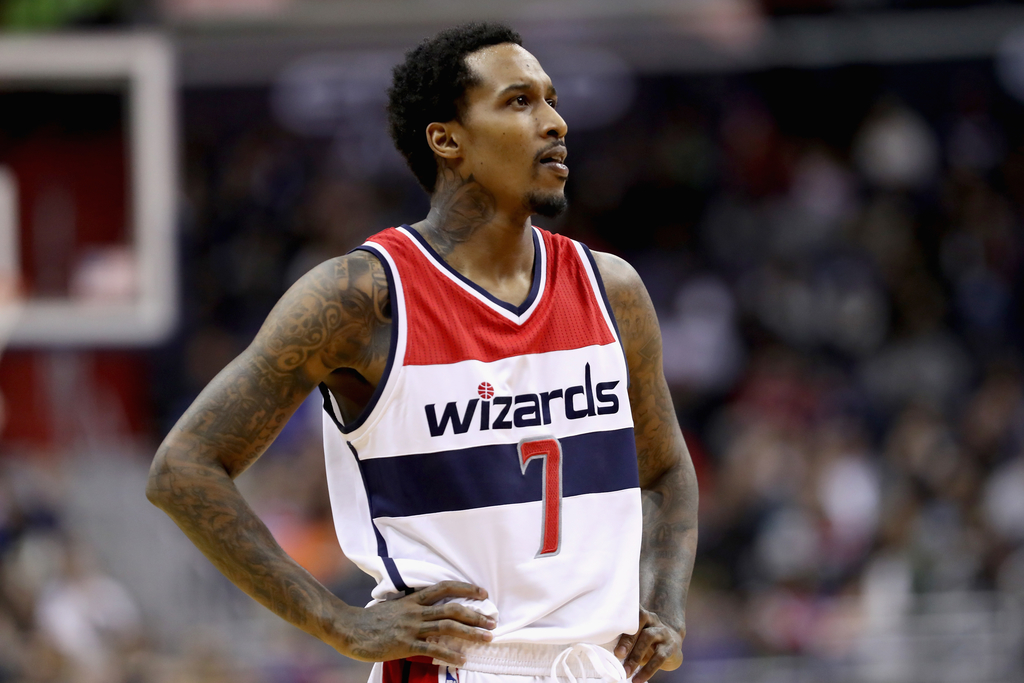 Brandon Jennings’ debut in D.C. ended in loss Friday night to the Raptors, but the former Knick was heartened to have joined “a team that actually plays together.”

Brandon Jennings: 'I'm in the same position I was in NY but just a better system for me personally & a team that actually plays together.'

The Wizards’ system is better-suited to his game, says Jennings.

The 27-year-old went scoreless and handed out a pair of assists in just under ten minutes.

“I’m glad I got this one out of the way. I wish we would have won of course, but I definitely know what I can do now. I have to be aggressive,” he said following the 114-106 loss.

Despite his disappointing debut, Jennings will not be discouraged moving forward. He thinks the Wizards are a good fit for him and he’s excited to be in a playoff race after leaving the lowly Knicks.

“I’m in the same position I was in New York, but just in a better system for me personally and with a team that actually plays together,” he said.