Not long after a report surfaced suggesting Carmelo Anthony was frustrated with the Knicks’ Draft, Carmelo denied that there’s any problem.

In response to fan’s comments on Instagram, Melo wrote that Knicks’ draft pick Kristaps Porzingis is “a steal,” and “there’s no drama” between him and the front office.

Check out the interaction via CBS Sports: 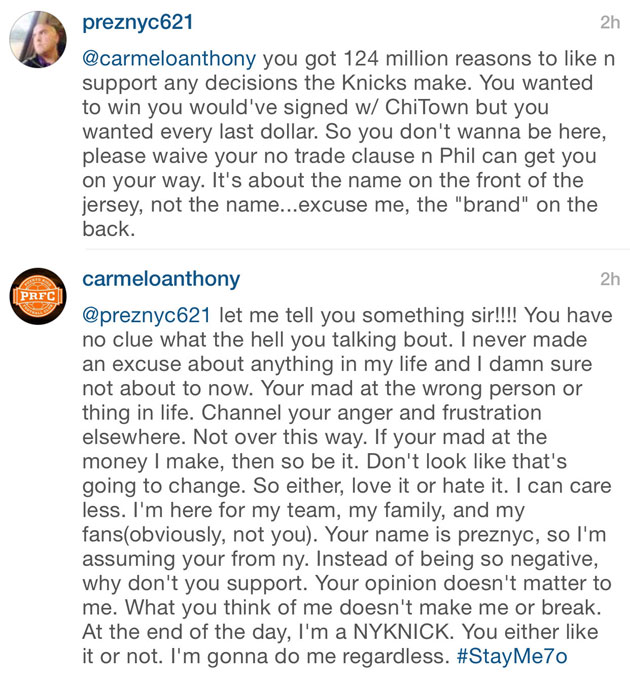