Carmelo Anthony Explains Why He’s the ‘Most Underrated Superstar’ 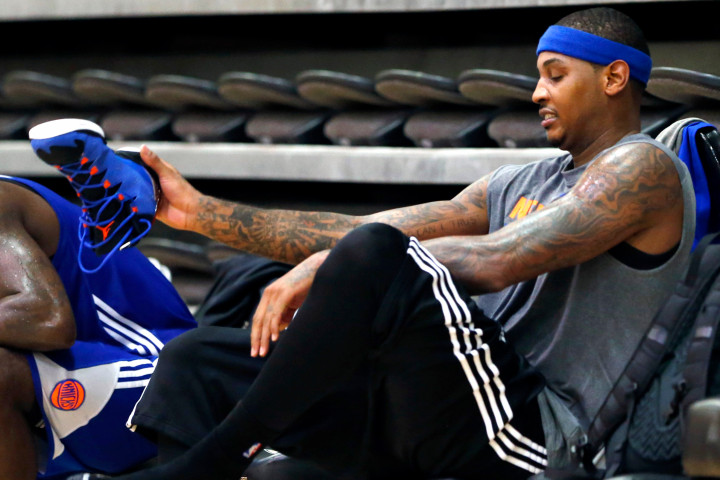 In a TV interview Monday that has yet to air, New York Knicks All-Star forward Carmelo Anthony answered in the affirmative when asked if he’s the most underrated superstar in the NBA.

Anthony explained that he’s not worried about media folks unjustly critiquing his game.

In a chat with some of those same reporters Thursday, Melo backtracked from the “underrated” tag, and said he was “setup” during the initial line of questioning.

“I think I’m the most underrated superstar that’s out there, but that doesn’t matter to me,” Anthony, laughing, said.

“I know what I’m capable of doing. I know the grind and the hard work I put in to this,” Anthony said. “I know how consistent I’ve been over my career. To do it day in and day out and night in and night out on a very consistent basis year in year out, I know what I can do and I know the work I’ve put in. […] So as far as caring about if I’m underrated as a superstar, and getting the respect I deserve, I don’t worry about that. In due time if everything goes well, I will get it.”

Carmelo Anthony said after Thursday’s Knicks practice at Christl Arena his reported remark about being an “underrated superstar” was taken out of context. […] “I don’t feel like that,” Anthony said. “I think it was the way the course of the conversation was going. They took it and ran with it. It’s not something – I don’t get into that. I’ll let you guys write about if I’m underrated or not. I know what I can do on the basketball court. I know what I can get better at. But as self-proclaiming as me being underrated, it’s not what I believe.”