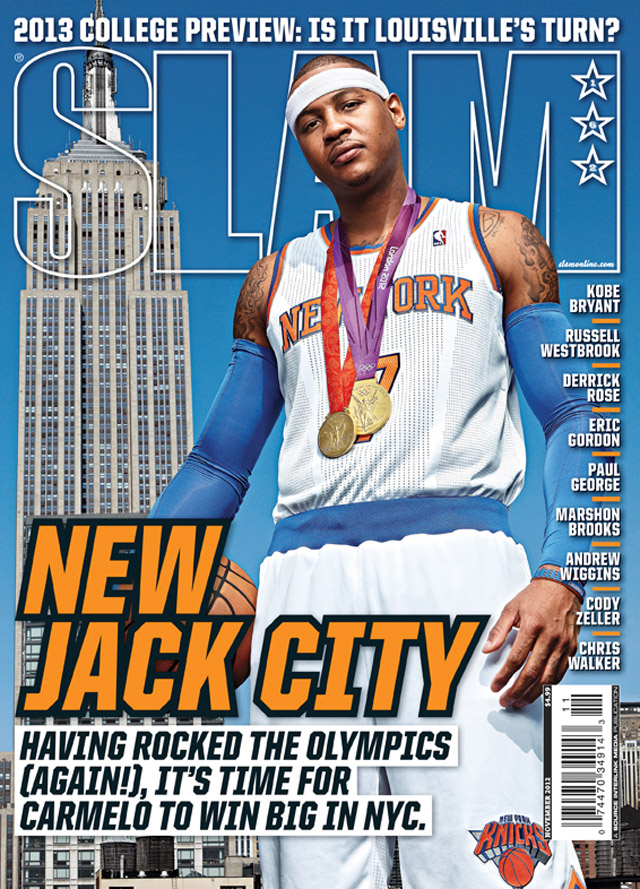 Though it won’t appear on newsstands for another week-plus, SLAM 162 has us too hyped to keep under wraps any longer.

Some time between KICKS and the end of the Olympics, our focus shifted to the upcoming NBA season, our focus shifted to the first SLAM of the 2012-13 campaign. The first question we had to address, obviously, was who to put on the cover. Well, as you’ll see below, not only did we come up with a star cover (Carmelo Anthony, who we got up with in midtown Manhattan in the last week of August) but we came up with a dope concept as well. We’ll have a more comprehensive preview of SLAM 162 up next week. Until then, check out the cover below, shot by Tom Medvedich.