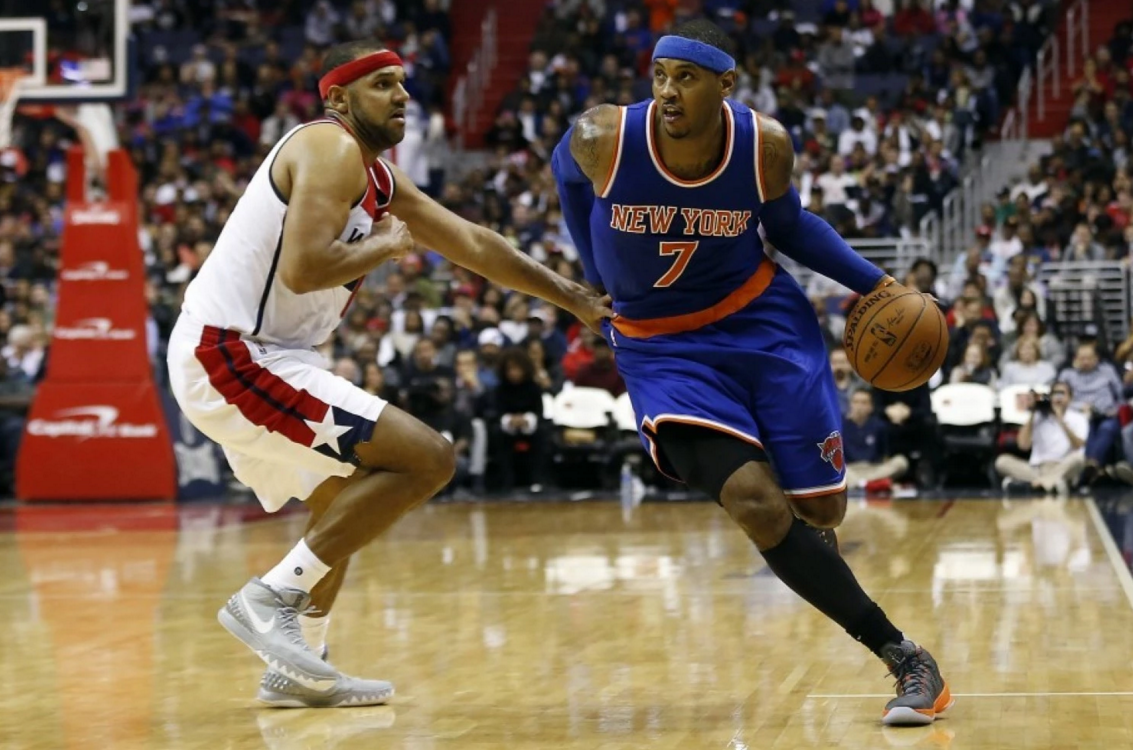 Jared Dudley’s big mouth got him and the Washington Wizards in trouble Friday night, as Carmelo Anthony lit them up to the tune of 37 points in the New York Knicks’ 117-110 road win.

Dudley claimed during the offseason that Melo is the NBA’s most overrated superstar, which predictably riled up Anthony.

Carmelo, on Jared Dudley's comment abt him being most overrated player in NBA: "It got back to me… I had this gm circled on my calendar."

Melo was shooting just 32.5 percent from the field heading into his matchup with the Wiz.

Carmelo Anthony heard about the declaration Jared Dudley made during a radio interview in May, that Anthony was the most overrated player in the NBA because he hasn’t carried franchises to playoff success like other stars from his generation have done. Dudley later apologized for the comment; Anthony didn’t care. […] “It got back to me,” Anthony said. “It definitely got back to me. I might not look at it and read all that stuff but it gets back to me.”

Five months later, Anthony exacted some revenge. The 10-time all-star was an unstoppable force in his New York Knicks’ 117-110 win over Dudley’s Washington Wizards at Verizon Center. Anthony scored 37 points on 11 of 18 shooting. […] The Wizards then put Jared Dudley, who played power forward for his entire 25-minute debut in Milwaukee Friday, at the three to defend him and didn’t use the three-guard lineups they had utilized in their first two games. […] But Dudley did not fare any better. Anthony tallied another eight points in the period as the matchup became heated; each was assessed a technical foul for a verbal exchange after Dudley had fouled Anthony a second time.

“It becomes competitive at that point and you just want to go out there and show what you’re made of,” Anthony said. “Tonight was one of those nights and it really had nothing to do with [Dudley] but this was a game I circled on my calendar. I’ll see him three more times.”