Catching Up With Murda Mook 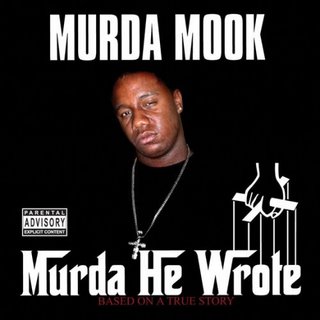 While he has been known over the years as the king of the infamous street bred Smack Dvd series, John Ancrum or “Murda Mook” has also had success on the basketball court. The Harlem raised Ancrum, has made quite a name for himself in rap circles. Mook as he is known in rap circles, has destroyed his foes lyrically on camera and has even challenged big name stars like Philadelphia’s own Cassidy. While his name holds weight in the battle rap circles he has also been known to destroy opposing players on the hardwood. Mook, who starred at Fordham Prep in the Bronx, has played basketball his whole life. Whether it was playing against big stars like Sebastain Telfair or heading to Elms College (Holyoke, MA) and winning three conference championships, the 1,000 point scorer loves ball. SLAM was able to catch up with Mook to discuss his past basketball experiences, the connection between rap and ball and his prediction for this years NBA championship.

S: So tell us about your hooping days?

Murda Mook: I realized I wasn’t going to the NBA in 11th grade. I realized I didn’t practice enough. I got caught up in still trying to be in the streets and still trying to make it somewhere. And you can’t do one or the other because the street will swallow you up. And a lot of kids will tell you we’ve played against a lot of these big time NBA and college players. I just never followed up on it.

S: But you played in college, how was that?

MM: It was good. I was actually watching some tapes yesterday. It was fun. But the NBA is where everyone wants to be. Of course everyone can’t make it there, but I could of. I had the talent, but I just got hooked into the streets. College was straight for me though. I got rookie of the year. I led the nation in assists my sophomore year. We won the conference championship 3 years in a row.

S: Who’s been the toughest competition you played against?

MM: Sebastian Telfair. He was tough.

S: What was the difference between the New York and Massachusetts basketball scene?

MM: New York is tougher. It’s more aggressive. It’s just tough. Where I was at in Massachusetts the game was cleaner and the fouls were called. When you play in tournaments in NY it’s basketball and not a lot fouls would get called.

S: How did you go about balancing music and basketball?

MM: It was tough. I was still in school so I had three different things that I had to balance. There were a lot of conflicting times. I have to thank my coach Ed Silva. Coach put up with a lot of stuff that most coaches wouldn’t put up with it. He knew from the gate that when he recruited me, music was my passion. When he picked me up I had a CD for him to listen to in the car. He had to put up with me missing practice to do shows, because I get paid to do shows. Other kids on the team had jobs…music was my job. Sometimes I would be late to games because my plane was late, but he put up with it and I was thankful for it.

S: Was there any game that has stood out in your mind?

S: So how do you feel about the tie in with hip hop and basketball?

S: Are you a KNICKS fan?

MM: No, never. I don’t even understand how you can be a Knicks fan now. However the Knicks generate almost the most money in the country so props to them.

S: So who’s winning the chip this year?

MM: Lebron James. That’s my player. And I’m real cool with Kevin Garnett, but it doesn’t look like their going to get out of that. I’m going to give you three scenarios…I’m going to give a possibly, a probably and a realistically.

And Realistically…San Antonio’s going to win the championship.