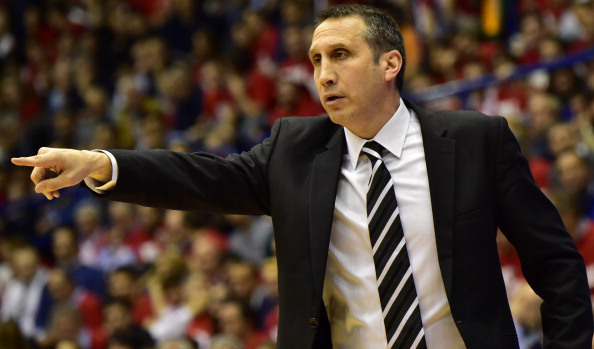 The sound you just heard is of the Cleveland Cavaliers’ PR department smacking themselves hard across the forehead. Head coach David Blatt – the first Israeli to lead an NBA team from the bench – spoke candidly about the deadly fighting that continues to rage in Gaza. Blatt says Israel is justified in its bombing campaign. Per Globes:

Now, of all times, when Israel is in a war, you are not in Israel. Blatt: “That’s exactly what’s making me uncomfortable. I’ve always been in Israel at the hardest times. Since Operation Protective Edge began, I feel being in Israel is the most natural thing for me to do. My work is here, though, and I have to get ready for the coming season. It’s not easy for me when I’m constantly thinking about what’s happening in Israel. My two older daughters happen to be on their global post-army service tour, my son is overseas playing in in the European Youth Basketball Championship, and my youngest daughter is also out of the country for a few days. They’re all returning to Israel, though, and I’m planning on seeing them again at the beginning of August. I had a plane ticket with Delta Airlines, but I changed to El Al Israel Airlines Ltd. as soon as Delta canceled its flights to Israel.”

Do you support the operation? Blatt: “Absolutely. In my opinion, this war is Israel’s most justified war I can remember in recent years. I’m really sorry about what’s happening in Gaza, but there’s no doubt that we had to act there, so that Israel will have quiet there once and for all, and we can live in peace.”