Some unfortunate and scary news out of Phoenix, as word is former NBAer Cedric Ceballos has been hospitalized after undergoing a series of heart attacks. He’ll be undergoing surgery shortly. A few details, via ESPN: “Former NBA All-Star Cedric Ceballos has been hospitalized after what his publicist called ‘a series of small heart attacks.’ Publicist Crystal Guy says Ceballos was scheduled to undergo surgery in Phoenix. Ceballos averaged 21.3 points per game in 11 NBA seasons. In recent years, he served as the on-court master of ceremonies at Phoenix Suns home games. The 42-year-old Ceballos issued a statement saying how fortunate he was to have decided to have his symptoms checked out at a hospital on Sunday. Ceballos thanked all who called in support but the family asked for privacy at this time.” 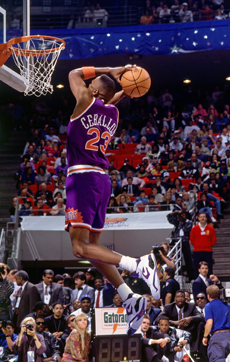