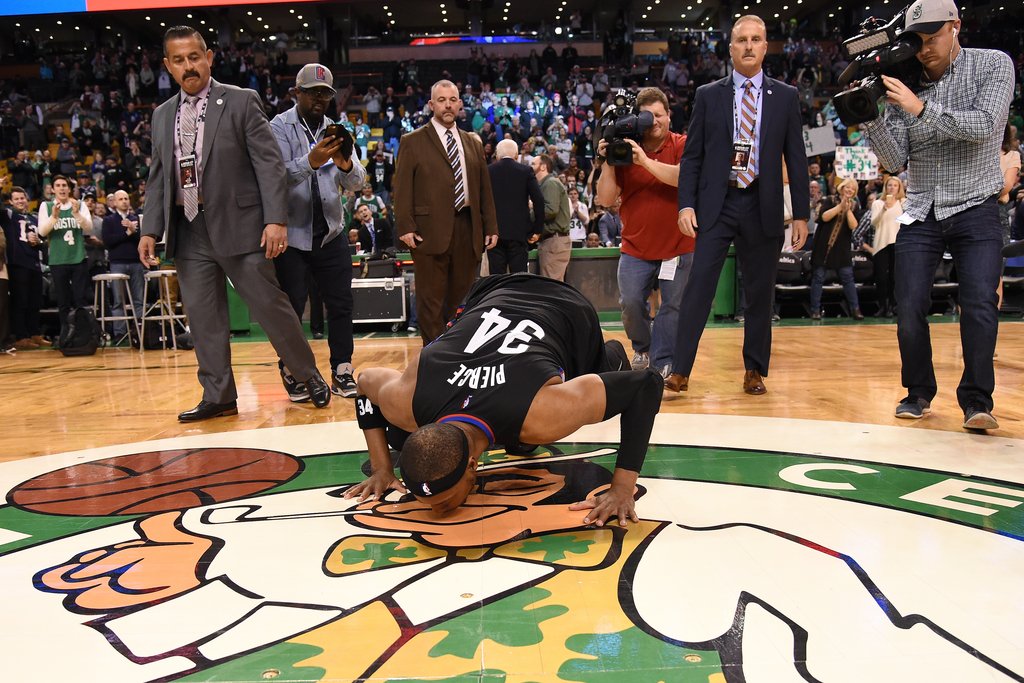 Pierce’s Hall of Fame journey ended on a sour note, as he scored six points in 22 minutes for the LA Clippers in a season-ending 104-91 Game 7 loss to the Utah Jazz.

The 39-year-old says he’s he’ll miss the game, but that he’s at peace with the end.

“It was going to be the last time that I hear the roar of the crowd,” Pierce told The Undefeated. “Well, maybe not the last time. There will be the 10-year anniversary [NBA championship] team [reunion]. As a player, it was awesome just being able to appreciate the crowd night in and night out.

“The cheers. The boos. The player camaraderie. That’s the stuff I’m going to miss most.”

Only John Havlicek scored more points for the Celtics than the 17,630 points that Pierce scored from 1998 to 2013. Pierce’s All-Star appearances were in a Boston uniform. Even after fellow All-Stars Garnett and Allen joined forces with him in 2007, Pierce was still the face of the Celtics as they won the franchise’s first championship since 1986. The Celtics have 21 retired jerseys. Expect the 22nd to be Pierce’s No. 34. The New England Patriots fan is proud of the impact he made doing charity work in Boston.

“In 15 years in Boston I was able to leave a lot of great memories on the court,” Pierce said. “I think a lot of people will remember Paul Pierce as embodying what Celtic pride was all about. I wore the jersey each and every day with pride and respect for the organization. I not only gave them everything on the court, but I think they will also remember what I was able to do through my foundation. I was able to inspire a lot of kids in the community who didn’t have a lot of the same opportunities as some other kids.

“When you walk into [TD Garden] that first day and you see all those banners and you see all those [retired] legends’ [jerseys], it is a constant reminder each and every day that is what you play for. And to finally win that was like gratification and a weight off your shoulders. I was a franchise player who played for ‘the franchise’ for so many years.”