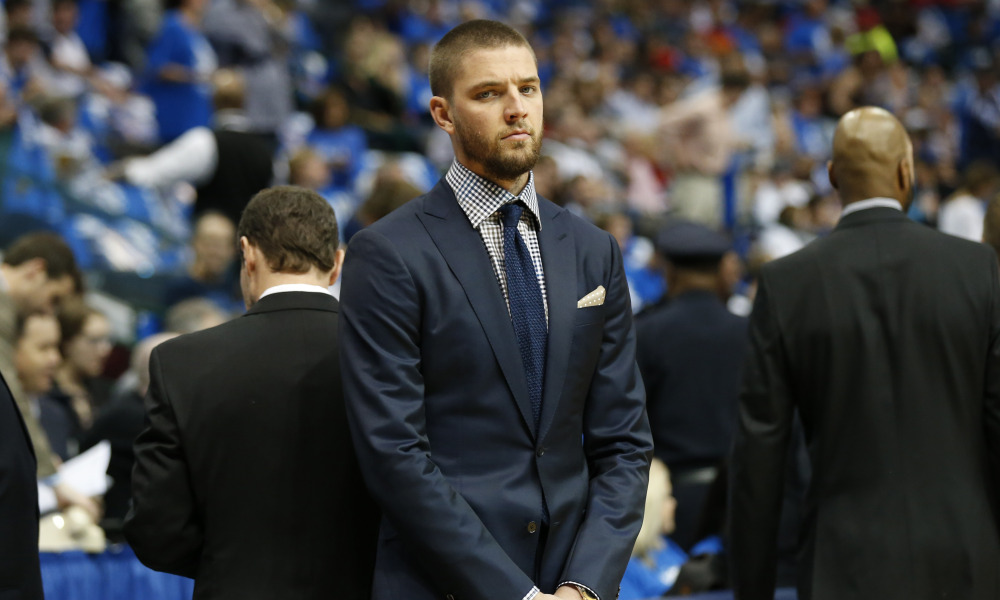 Needless to say, but Chandler Parsons was less than pleased with DeAndre Jordan’s infamous change-of-heart during free agency this summer.

Parsons, along with Dallas Mavericks team owner Mark Cuban, got Jordan drunk and well-fed for a few days and (almost) got him to fully commit to them.

Parsons, who takes great pride in his social and partying skills, says the big fella screwed over his squad.

Parsons prefers to call his off-the-court pursuits collaborations among friends instead of business relationships, which is perhaps appropriate for someone who has been designated the NBA’s lockdown social recruiter. “I’m a people person,” Parsons says. “I’m the youngest of four boys. I’ve never been shy. I’ve always been outgoing and the most likable person in the room.”

The friendship is a bit of a strange dynamic considering Parsons and Mavericks owner Mark Cuban put together a full-court press to recruit DeAndre Jordan, a teammate of (Blake) Griffin’s, to leave the Clippers and join the Mavericks. Playing his role as chief of recruiting, Parsons, who had knee surgery earlier this summer, flew himself to Los Angeles, found out who Jordan was working out with, and started working out with that person during his rehab. He had dinner with Jordan for five straight nights at one point. The recruiting process was described elsewhere as an “Entourage-style romp” through the hottest clubs and most exclusive nightspots in Los Angeles and Houston. Jordan verbally committed but later reneged and returned to the Clippers. There was an emoji war on Twitter, and the whole thing became an event of its own for NBA free agency, which already exists as the season after the actual season. Parsons and Jordan have spoken several times since, although Parsons admits the friendship isn’t the same as it once was. “He didn’t do anything illegal. I’m not mad at him. At the end of the day, he’s a grown man and he’s entitled to do whatever he wants,” Parsons says. “He’s one of the best young centers in the NBA, and I wanted to play with him. He could have made us great. But he screwed us over.”