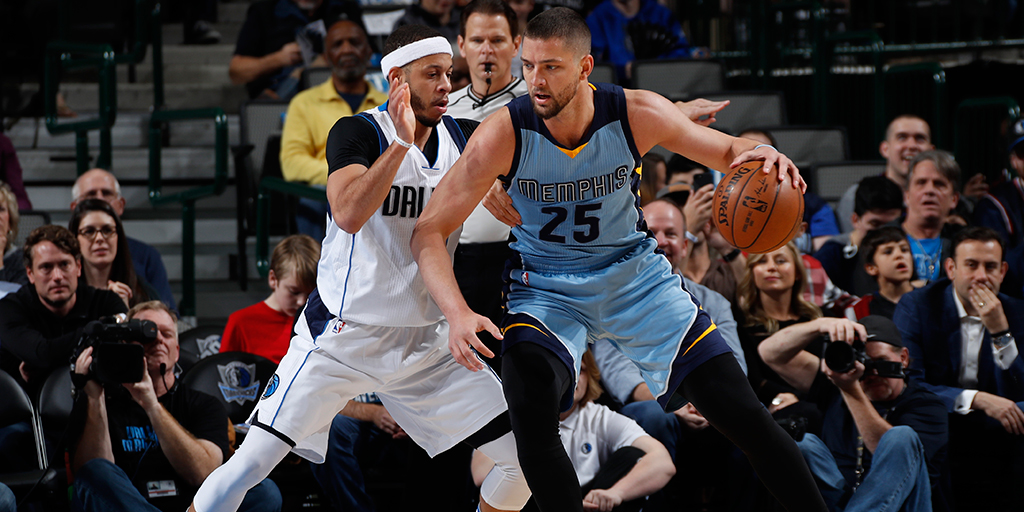 Chandler Parsons signed a massive four-year, $95 million deal with the Grizzlies in the offseason, but has been hampered by knee injuries that have limited him to 32 games this season.

The 6-10 forward is averaging 6.0 points, 1.5 assists and 2.5 boards per game on the season and when talking to reporters over the weekend, he made no excuses for his play, saying that he “sucks right now.”

“I suck right now,” Parsons said. “There’s no sugarcoating it. It is what it is. I’m just going to continue to work, continue to grind.”

While Parsons is upfront about his poor performance, Grizzlies fans are starting to get impatient and have booed him at recent games, something Parsons calls “a little shocking:”

“A little shocking,” Parsons told ESPN of the booing he heard in the Grizzlies’ last home game. “Look, I signed a four-year deal. I didn’t sign a one-year deal. The team expectations for me are to go very slow. It’s going to be a long process.

“I understand as a sports fan you want production. You see the contract I signed with the salary I make. People expect a lot better than I’m performing right now. That’s natural, and that’s how it goes, but I think it’s a little premature [for Memphis fans to boo]. But I get it.”

Grizzlies head coach David Fizdale stuck up for Parsons and struck back at critics saying that his player parties too much, arguing that if he looked like Parsons, he’d “date a lot of girls, too:”

“I get it,” Fizdale said. “I get that the fans see social media and see him in Cancun. You know what? If you looked at every other player’s social media that wasn’t at the All-Star Game, they were probably at a beach, because I was, too. I get them being frustrated with that and the fact that he’s single and has got girls that he dates and all that stuff. If I looked like that and I was single, I’d date a lot of girls, too. So get past all of that.”

CJ McCollum Blasts Chandler Parsons: ‘We Hit The Lottery By Not Signing You’