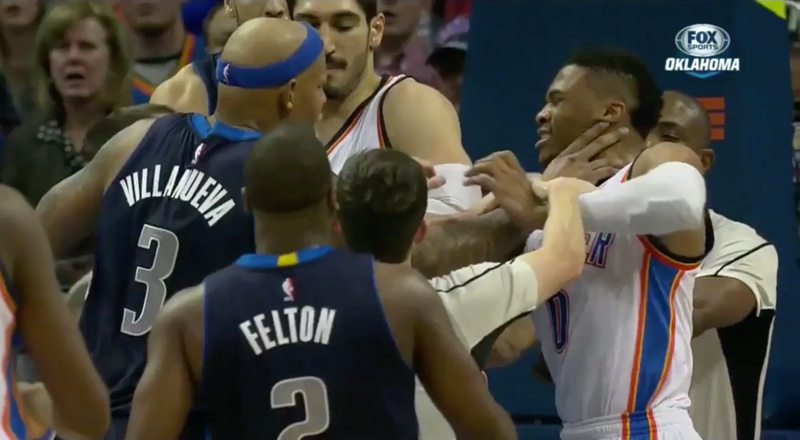 A scuffle ensued in the second quarter of Wednesday’s Thunder-Mavs game after JJ Barea and Russell Westbrook got into it after the play.

Mavs forward Charlie Villanueva stepped in and put a hand on Westbrook’s throat, which resulted in an automatic ejection.

Westbrook’s game ended just a few minutes later when he picked up a second tech, again for beefing with Barea.