Check Out Designs for the Warriors’ New Arena 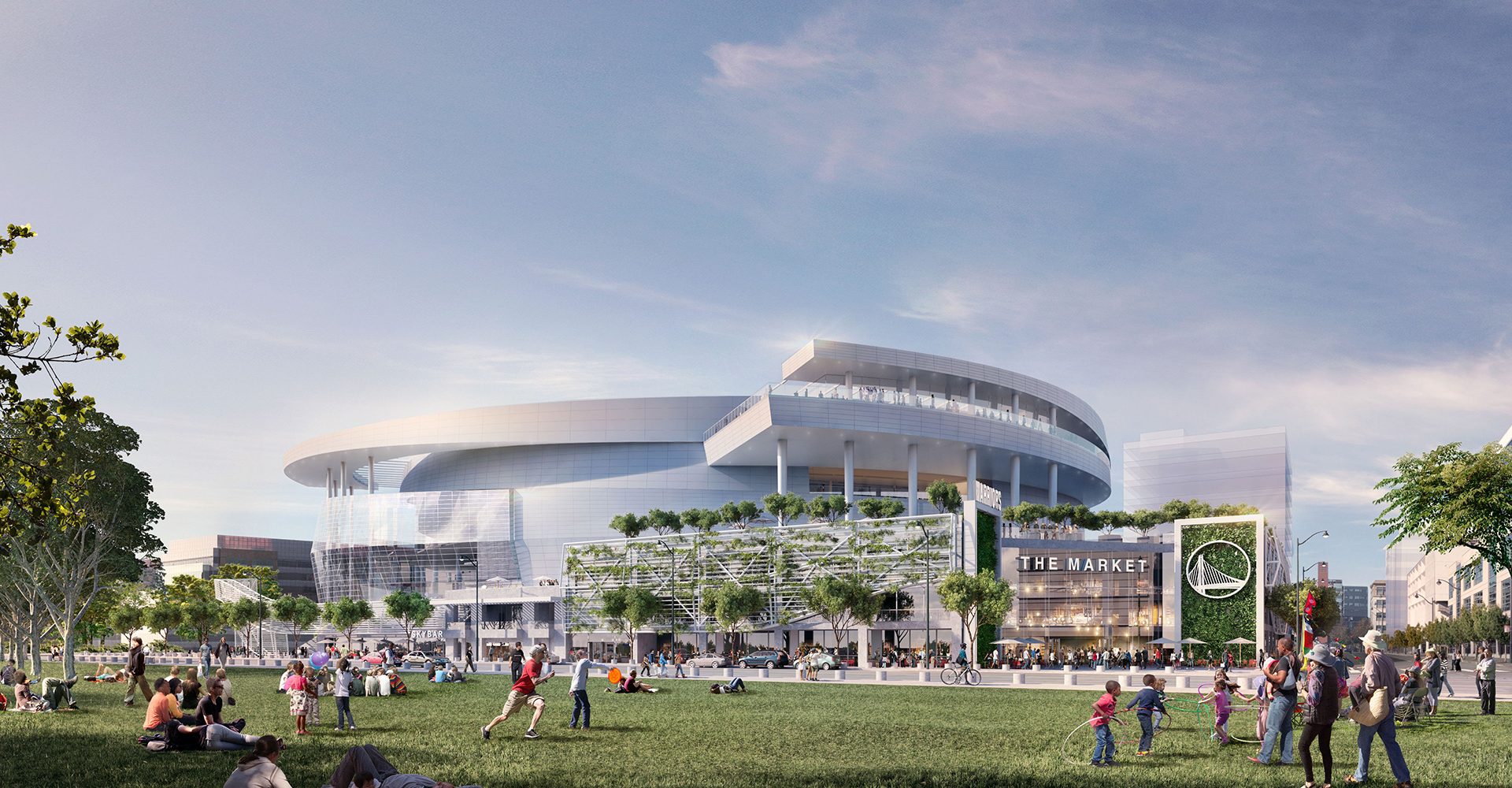 Good news: it no longer looks like a toilet bowl!

“We believe this plan is a perfect fit for Mission Bay, for San Francisco, and for the entire region,” said Joe Lacob, Co-Executive Chairman and CEO of the Warriors. “Our goal is to not only build a world-class arena for our team and our fans, but also create a vibrant place that residents and visitors will want to enjoy, whether on game days or any other day.”

The new entertainment center will be built on 11 acres of private, inland property, bounded by Third, 16th and South Streets, and Terry Francois Blvd. […] The Warriors secured the site in Mission Bay in April, and it involves no public property and no public subsidy.

The Warriors first arrived in San Francisco from Philadelphia in 1962 and played their first nine seasons in the City by the Bay. The Warriors’ new ownership, led by Lacob and Guber, purchased the team in 2010. In 2012, the team announced plans to build a new sports and entertainment facility in San Francisco. The team has targeted the 2018-19 NBA season to debut its new arena.