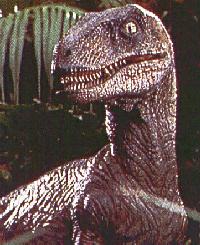 In response to my post titled “The Fab 15”, commenter Drew responded:

bosh is going to be important to the success of the US’s front line.
He’s egoless enough to do the dirty work by rebounding, defending the best front court player and pop a decent J too.
Glad he’s staying here in Canada for a few more years.

Well Drew, it looks like the best Raptor alive agrees with you. Chris Bosh says he wants to restore U.S. basketball to a dominant level. Some quotes include:

“Not one win, but win in a dominant fashion.”

“We are going to put aside the stereotype of NBA players.”

I like that it’s the USA player on a Canadian NBA team that’s the one coming out strong. Go get ’em Chris! I want to see 40 point blowouts. My Team USA baseball hat from the World Baseball Classic is collecting dust somewhere. If I could figure out how to make my fake fireplace* work, I would throw it in there.

*Yes, I have a fake fireplace in my apartment. I have lived there for two years and have never turned it on. Why? Because somehow, somebody dropped a $20 bill into a small crack behind it and I have to figure out how to get it out of there before setting it on fire. Money is money. Even though it probably costs $20 in gas bills just to turn the fireplace on.