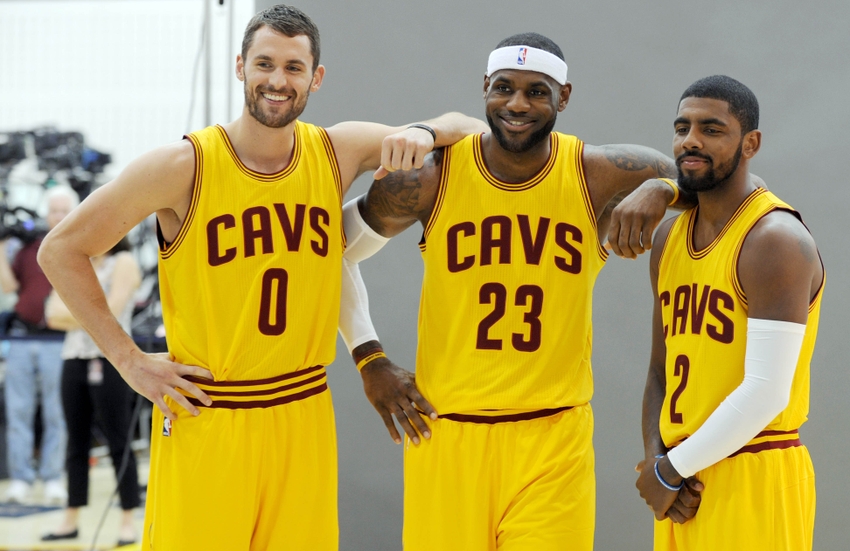 Miami Heat big man Chris Bosh inadvertently ignited a minor media firestorm this week, when he revealed that he and LeBron James have yet to speak since James left South Beach in July.

Bosh walked back his comments Thursday, and said he holds no ill will towards his former teammate (CB sent LeBron and his wife a gift for their recent baby shower.)

Back to basketball: Chris Bosh went through it during the last four seasons, and seems certain that Kevin Love will find it “extremely” tough adjusting to no longer being The Man, now that he’s suddenly playing alongside two other All-Stars in Cleveland.

“Yeah, it’s a lot more difficult taking a step back, because you’re used to doing something a certain way and getting looks a certain way,” Bosh said recently. “And then it’s like, well, no, for the benefit of the team, you have to get it here. […] So even if you do like the left block, the volume of the left block is going to be different. Now you have to make those moves count. So with me, it was like a chess game. I’m doing this move and thinking about the next move and trying to stay five moves ahead. You’re not getting it as much. If you got one or two a game, it’s a lot different.”

“It’s going to be very difficult for him,” Bosh said of Love’s new task. “Even if I was in his corner and I was able to tell him what to expect and what to do, it still doesn’t make any difference. You still have to go through things, you still have to figure out things on your own. It’s extremely difficult and extremely frustrating. He’s going to have to deal with that.”

Bosh noted Love’s previously high allotment of touches down low, where “he’s very, very good at using his body to get his shots off and stuff like that. Like I said before, [in Minnesota] he was able to play that game and set guys up. Now, it’s like, man, do I go to my move? He’s going to have to fight a lot of his instincts.” […] “Everybody says they want to win. But when you start talking about sacrifice and doing what’s right for the team, it’s like, ‘Wait a minute, I didn’t mean that. I want to win, but…’ There’s always a conjunction with that. It’s never what you think it is. And it’s always like your weakest point where you got to do it.”