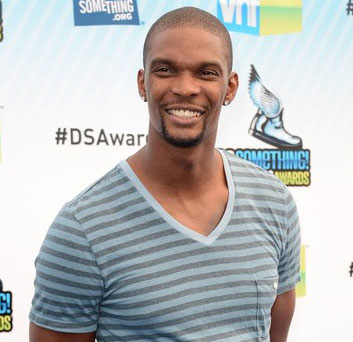 During a radio appearance in Miami on Friday, Chris Bosh caught listeners off guard by saying the Lakers have the best team “on paper” right now in the League.

The NBA Champ, of course, emphasized that the heavy onus is still on the new-look Lakers to live up to expectations:

(Interview transcription via the Sun Sentinel)

It’s been two weeks since the Los Angeles Lakers acquired Dwight Howard from the Orlando Magic, which at least has given Chris Bosh time to collect his thoughts.

“As soon as the deal happened, my brain went 100 miles an hour to another place, far away from here,” the Miami Heat forward said Friday during a radio appearance on WQAM.

And now that he has collected his thoughts, where does he view the Lakers in terms of his own championship team? His candid answer caught hosts Steve Goldstein and Adam Kuperstein a bit off guard.

“The Lakers, I think, right now, I mean on paper, they probably have the best team in the West and probably the league right now,” he said. “On paper. I’m saying on paper. But it’s a lot, a lot, it’s a long season. And the best team always isn’t the one who starts out the season as the best team. We know we’re the champs, but we have to start off from scratch. We have a lot of chemistry building to do. And we have to come out there and we have to start over. We know favorites and all that stuff really doesn’t matter.”

Bosh said the Heat have learned to deal with the type of pressure the Lakers are expected to face and “how the hype can get to you.”

Bosh pointed out how the Heat stood as championship favorites in 2010-11, only to fall in the NBA Finals to the Dallas Mavericks, and how they did not have quite the same expectations and then defeated the Oklahoma City Thunder in this past season’s NBA Finals.

“It’s all about who’s standing at the top in June, after the season is over, and that’s all we care about,'” he said. “So we have to build toward that again.”