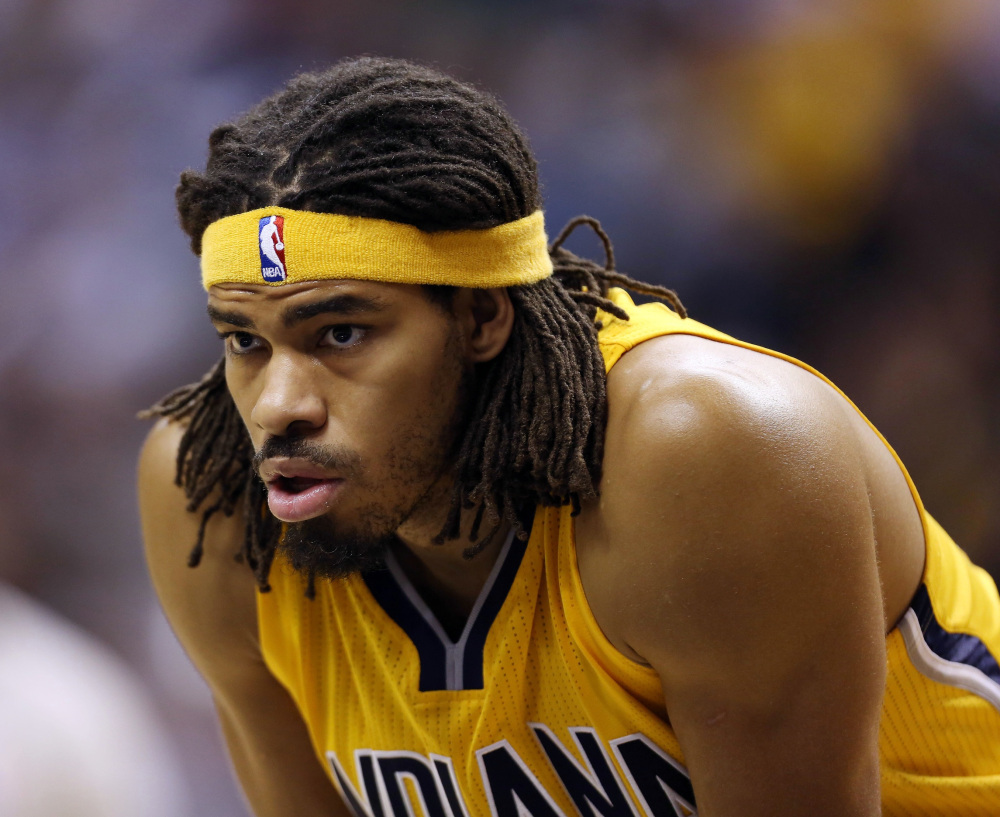 Prior to the Pacers-Knicks tilt in New York Wednesday night, Chris Copeland hit the town with his wife … and things turned ugly.

The former Knick was stabbed along with his spouse following an argument in the wee hours at 1OAK in Chelsea.

Atlanta Hawks members Pero Antić and Thabo Sefolosha were among the onlookers, and were taken into custody for allegedly trying to prevent police from setting up a crime scene.

The man who was arrested, Shezoy Bleary, 22, pulled out a knife and stabbed Copeland, 31, and slashed 28-year-old Katrine Saltara, described by investigators as Copeland’s wife, in the arm and leg, the sources said. […] The second woman, Catherine Somani, 53, was slashed in the abdomen, the sources said.

Copeland came to New York because the Pacers are playing the Knicks at Madison Square Garden on Wednesday night. The Hawks, meanwhile, will tip off against the Brooklyn Nets at the Barclays Center on Wednesday.

Copeland and Saltara were rushed to Bellevue Hospital and were in stable condition, the sources said. Somani was taken to Lenox Hill Hospital. […] Sefolosha, 30, and Antić, 32, refused to move when police tried to set up a crime scene, the sources said. They were charged with obstructing governmental administration.