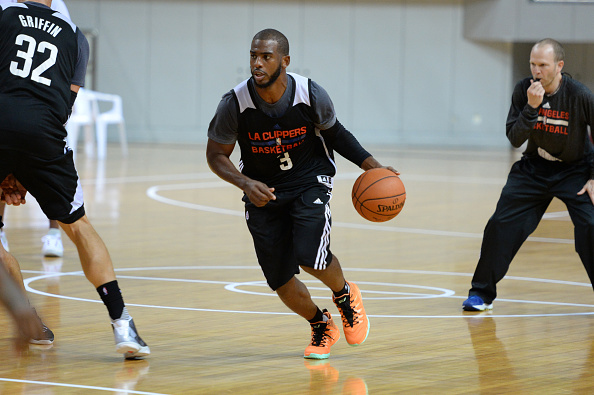 Chris Paul won’t play in the Clippers’ next preseason game Sunday against the Hornets after fracturing his left index finger in practice yesterday. From NBA.com:

Chris Paul fractured his left index finger in practice Saturday in China and is not expected to play in Sunday’s preseason game against the Hornets.

The injury is not considered to be serious and Paul will be re-evaluated prior to the Clippers game against the Hornets Wednesday in Shanghai.

It sounds like it’s not that serious though, and CP3 would play if it were the regular season.

In regards to Chris Paul's injury – I'm told injury isn't as serious as it sounds, and if it were the regular season, Paul would likely play