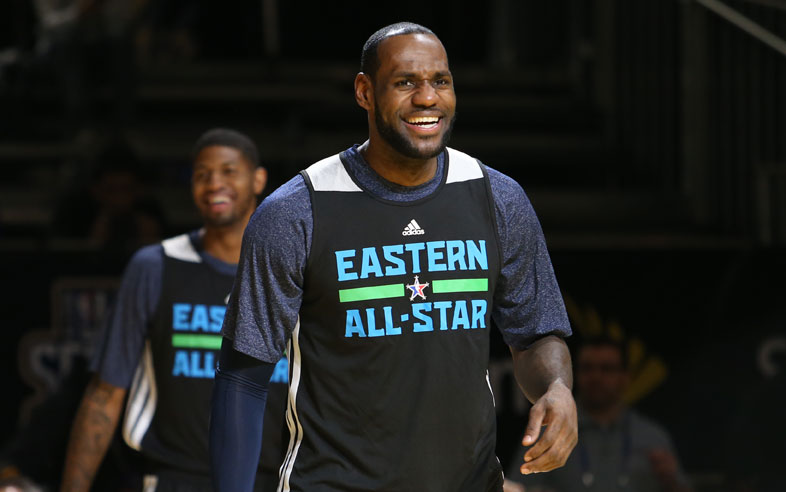 The Cleveland Cavaliers are reportedly interested in hosting NBA All-Star Game in either 2017 or 2018. Cleveland hasn’t made an official bid, but would face some competition from the Portland Trail Blazers and Charlotte Hornets. From the Plain Dealer:

After an exciting few months, Cleveland has become the center of the sports universe, and the Cleveland Cavaliers would like to bring another event to the city in the coming years: the NBA All-Star Game.

A league official would not offer any specifics on whether Cleveland has made a bid, but admitted it’s definitely on the radar and something the team is working toward.

The city of Cleveland and Cavaliers last hosted the NBA All-Star Game in 1997, when the league commemorated its 50th anniversary and invited the top 50 all-time players to Cleveland. Hosting the game in 2017 would mark the 20-year anniversary.

Cavs owner Dan Gilbert expressed interest in bringing the All-Star game back to Cleveland as recently as May of 2012, believing the city’s revitalized downtown will tempt the league.