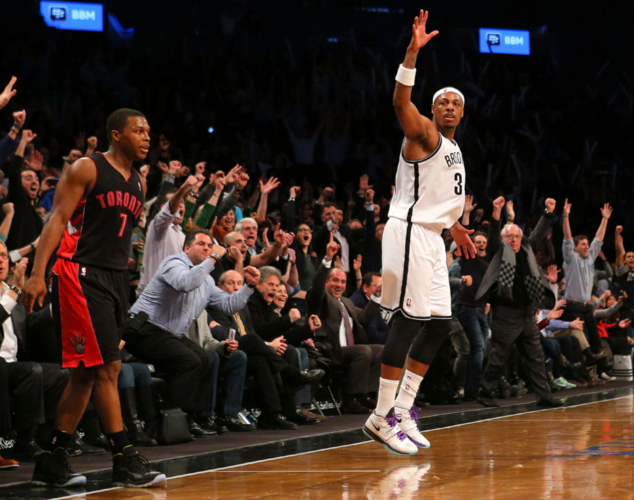 LA Clippers head coach Doc Rivers apparently wants Paul Pierce on his squad again. With recent talk of Pierce possibly following Jason Kidd out
the door in Brooklyn, the Clippers and Nets are reportedly discussing a sign-and-trade for the veteran forward with the Nets. Per ESPN:

Rivers, the Clippers’ president and coach, has had several conversations with Pierce since he became a free agent July 1.

And while the Clippers could simply sign Pierce as a free agent using their midlevel exception at $5.3 million, they are interested in pursuing sign-and-trade scenarios that would allow Brooklyn to get something in return for the 10-time All-Star and because the Clippers already have so many small forwards.

Because Brooklyn holds his Bird rights, a sign-and-trade also would allow Pierce — who made $15.3 million last season — to sign for more than the midlevel exception. The Clippers likely would include some combination of Jared Dudley, Matt Barnes and last year’s first-round pick, Reggie Bullock, according to sources.