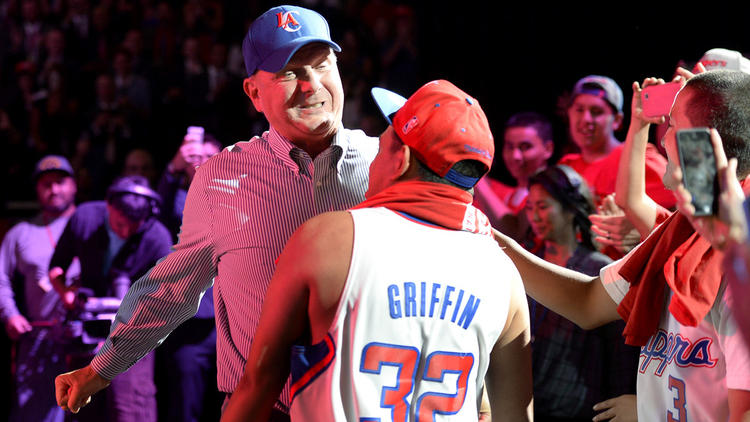 LA Clippers owner Steve Ballmer is a lot more engaging with his team’s fanbase than Donald Sterling ever was.

“They said the first quarter can be a little lonely,” Ballmer said.

While acknowledging that he wasn’t an expert in Los Angeles traffic, Ballmer asked fans to arrive for tip-off. […] “I will just tell you, 10 minutes earlier in your seat and Blake Griffin and Chris Paul are really going to love you,” Ballmer said.

Ballmer said he expected “lots of wins” from a team that compiled a franchise-record 57 last season. […] “We want to play in April, in May, in June,” Ballmer said. “You’ve got to make sure everybody’s pushing and pushing to get better and improve every day, and if we do that with the talent we have in place, with a little bit of good luck, we’re going to be the last guys playing.”