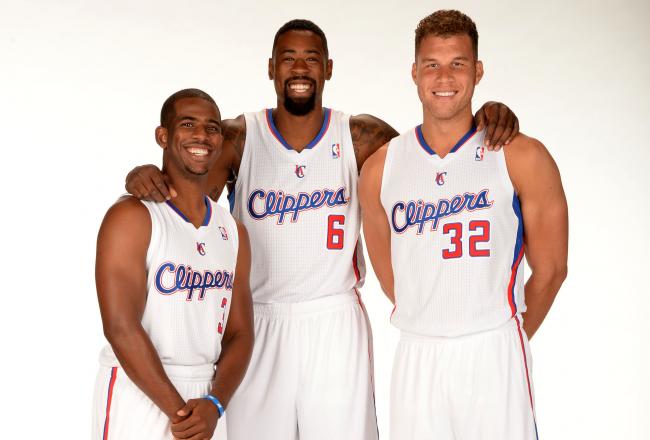 By all indications, DeAndre Jordan has decided to break the Dallas Mavericks’ hearts, and return to the LA Clippers next season.

But Doc Rivers, Blake Grififn, Chris Paul, et al. aren’t taking any chances—they’ve barricaded themselves in the free agent big man’s Houston home until he can officially sign on the dotted line at midnight.

Don't agree with the furniture layout but I'm not an interior designer. pic.twitter.com/23PNgQB88z

Clippers believe DJ is returning to LA but I'm told they are staying at his house until he can sign at midnight.

So far, Clippers able to keep everyone else out of house, including Cuban, agents. Everyone. They're in four-corners until midnight Eastern.

Jordan began having second thoughts about joining the Mavs this week, and phoned Rivers, which set into motion today’s madness.

The hoops universe is awaiting Mark Cuban’s nuclear reaction to all of this with great anticipation.

DeAndre Jordan has told the Los Angeles Clippers that he wants to walk away from his new deal to join Dallas Mavericks and stay in Los Angeles, according to league sources. […] But sources said that the unprecedented fluidity of Jordan’s free agency has convinced the Clippers that they need to stay at Jordan’s side until he can formally sign a new contract, given that Jordan has already changed his mind once in his process.

Sources say Jordan, in a Wednesday meeting at his Houston home with several teammates and top team officials, left the Clippers with the clear message that he intends to renege on last Friday’s commitment to sign a four-year, $80-plus million max deal with the Mavericks and re-sign a lucrative deal with the Clippers instead.

Sources say that Mavericks owner Mark Cuban and lead Mavericks recruiter Chandler Parsons, meanwhile, now fear they won’t even get the chance they were expecting Wednesday night to try to pitch Jordan one more time before he makes his decision, given that the Clippers’ traveling party has essentially refused to leave the All-NBA center. Cuban and Parsons arrived Wednesday in Houston along with Jordan’s primary agents from Relativity Sports — Dan Fegan and Jarrin Akana — who sources say were excluded from the Clippers’ early evening meeting with their client.