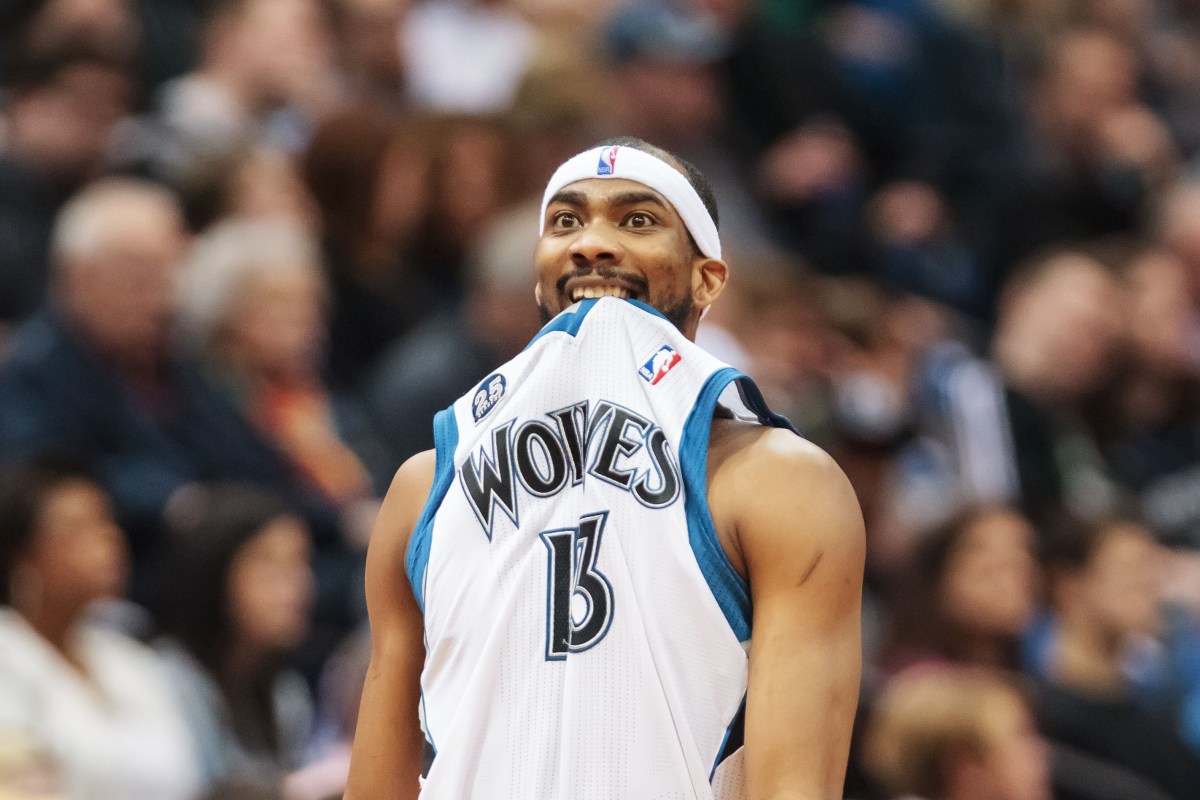 Minnesota Timberwolves swingman Corey Brewer detonated for a career-high 51 points last year in a win against the visiting Houston Rockets, and after the game, the NBA made him take a random drug test.

Brewer was traded to Houston and re-upped with the Rockets this summer on a three-year deal; the 29-year-old says going through free agency was a “stressful” experience.

How often do people bring up your 51-point game? […] Brewer: “People bring it up pretty often. I just remember it was amazing. I felt like everything I threw up was going in. It was fun. And especially it was fun to do it in Minnesota where we had a rough year, to get the crowd something to cheer about.”

There was a one-hour delay before you talked to media after that, right? […] Brewer: “I had a random drug test from the NBA. So I couldn’t do the interview until I got done with my drug test. I didn’t have to go to the bathroom. So it took a while. It was weird, it was just funny at the same time. I was like ‘Wow, I played the best game of my life, now I gotta go to the bathroom to take this drug test.'”

What’s the second-best game of your career? […] Brewer: “Second-best game, probably I’d have to say, it’s probably the Game 6 we just had against the Clippers when we came back from 19 down. Just because it was in the playoffs, we lose we go home. We’re down 19 going into the fourth, we were able to come back and win. I had 15 in the fourth. That was a crazy game.”