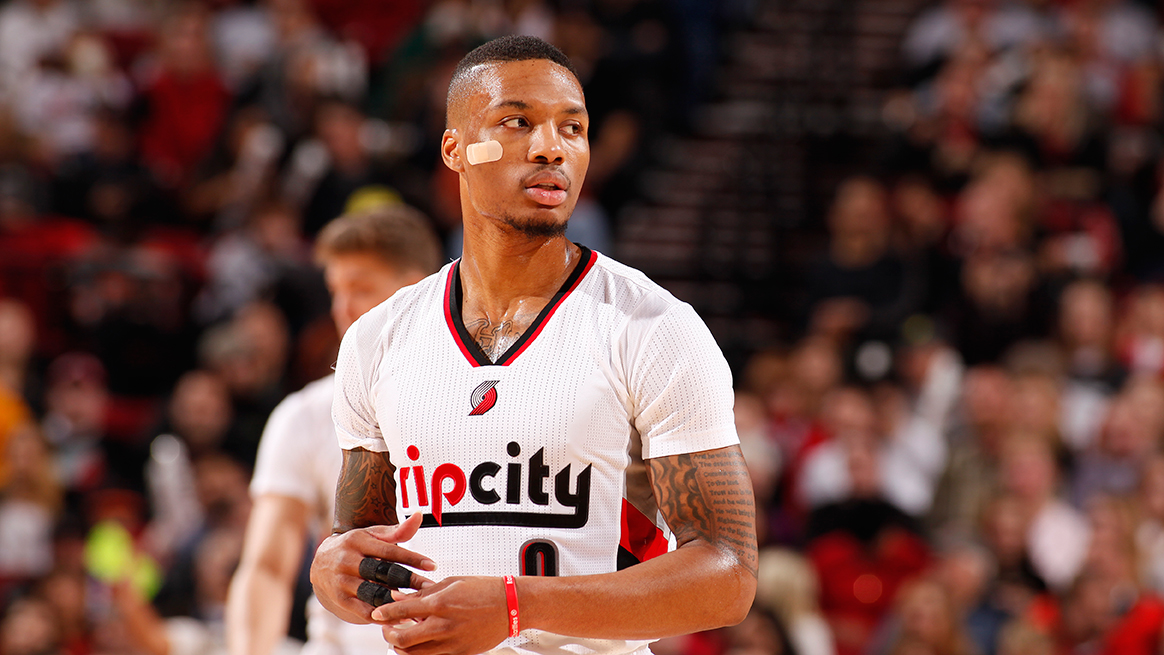 The Portland Trail Blazers, as expected, have locked up All-Star point guard Damian Lillard to a five-year deal worth in excess of $120 million.

Thank you so much to @PaulGAllen and the @trailblazers organization
I'll be in #RipCity 6 more years! Oakland to Ogden to Oregon..TO STAY 🎬

Blazers @Dame_Lillard on his new max contract to Yahoo. pic.twitter.com/sglXmmLuuO

Lillard, 24, one of the NBA’s brightest young talents is now turning his attention to retaining fellow All-Star teammate LaMarcus Aldridge.

When Damian Lillard agreed to a new maximum contract extension with the Trail Blazers on Thursday, it may have been the beginning of a changing of the guard in Portland.

The full value of the contract could wind up ranging between $125 million and $129 million and won’t be determined until the salary cap is established. That makes it the richest contract in league history for a guard.

What a rise it’s been for Lillard, the dynamic point guard who grew up in Oakland, played college under the radar at Weber State but still managed to climb to the sixth overall pick in the 2012 draft. He is a point guard for the new age, a ferocious competitor who can score as well as he passes and puts pressure on the defense as soon as the ball is in his hands. […] Lillard teamed up with LaMarcus Aldridge to headline a starting five in Portland that just a year ago appeared on the brink of pushing the Blazers back into the Western Conference elite. With Lillard running things on the perimeter and Aldridge providing a big target in the post and on those devastating pick-and-pop plays designed by coach Terry Stotts, the Blazers stormed out of the gates in 2013 and beat the Houston Rockets in the first round of the playoffs on an electrifying, buzzer-beating 3-pointer from Lillard in Game 6.