Damian Lillard: ‘I’m Not Joining Nobody’ To Pursue a Championship 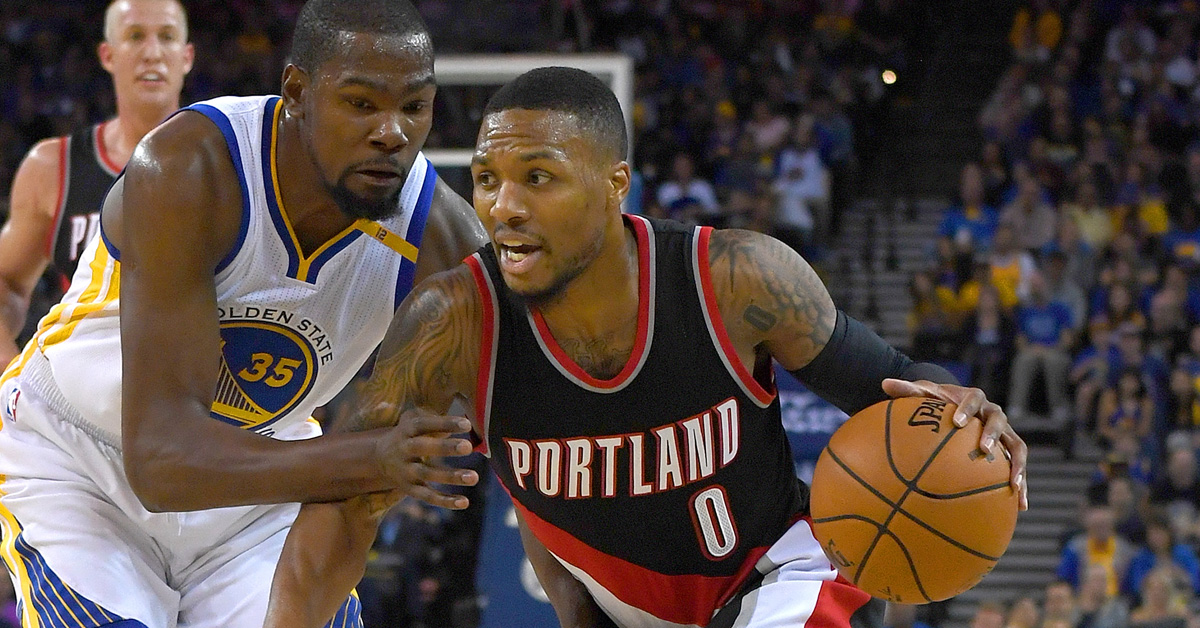 While guesting on Complex’s Everyday Struggle, Lillard said that he would rather “not win a Championship” than join star players on another team (starting at 42:50):

You didn’t look at Durant joining the Warriors like, This some bullshit, man.

Lillard: “I mean, like I said about [LaMarcus Aldridge], I wouldn’t have done it. For me, I’m not joining nobody.”

Lillard: “Like I said, I’m not joining nobody. I would not win a Championship before I go and team up and do all that. Unless it was like something that I couldn’t control.

“But I wouldn’tve did that.”

If you’re 34 and there’s two of your superstar friends on another team, you still don’t do it then?

“I think if that’s what somebody wants to do, I’m not mad at them for doing it. I’m just telling you what I’m not going to do.