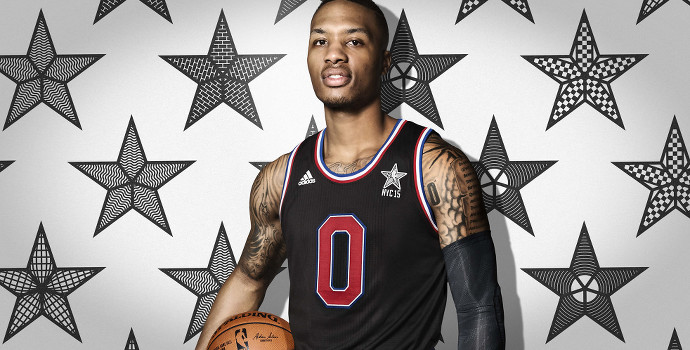 With Blake Griffin unable to take part in the NBA All-Star Game this weekend, Damian Lillard was named as his replacement Sunday.

Lillard was stung by the initial snub, but he’s thankful for the opportunity to play in his second ASG.

Is it kind of weird everything you’ve been through the last 10 days? The drama and hoopla? […] “It’s funny because what’s meant to be will be. That’s always been something that I’ve heard. (Former assistant coach) Kaleb Canales was here my first year. Me and him, we always talked because we’ve got a relationship outside of basketball. And at the end of every conversation we have, he always tells me, ‘It was written.’ He always said, ‘It was written. Stuff (will) happen to you the way it’s going to happen, so don’t worry about it.’ And, for this to happen, that was kind of crazy to me. It always works out.”

Some wondered whether you would accept the invite. Was there ever a question? […] “It’s not even (about) the appeal that it is to players. Nothing can be gained by turning it down when it’s something that I feel like I’ve earned. I’m not going to be a rebel and act like I’m not going because I didn’t make it the first time. Because guys that are on the team, they deserve to be All-Stars. I just felt that I should have been one. It’s nothing to gain doing that. The opportunity came around and I’m thankful for it.”