D’Angelo Russell: Lakers ‘Will Most Definitely Be a Playoff Team’ 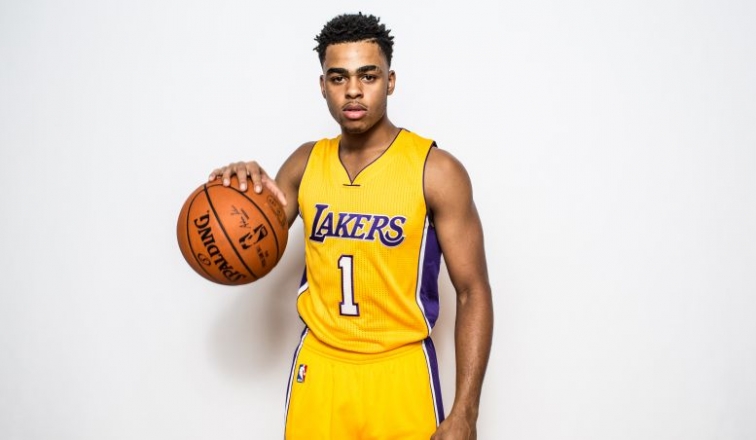 No one expects the Los Angeles Lakers to resemble anything like the 21-61 disaster they trotted out last season, but very few people anticipate them qualifying for the postseason in the brutal Western Conference.

Just don’t bring any of that noise to rookie D’Angelo Russell—or Kobe Bryant, for that matter.

The No. 2 overall pick in the 2015 NBA Draft is gunning for the Rookie of the Year award, and confident that he’ll be tasting the Playoffs next summer.

Fortunately, Russell doesn’t lack confidence (to say the least), so performing on that big stage shouldn’t be a problem for him. While some rookies might doubt themselves or buckle under the extreme pressure, Russell is so confident that he isn’t afraid to predict he’ll have a monster 2015-16 season.

For example, when asked if winning Rookie of the Year is among his goals this upcoming season, Russell responds as if the answer is obvious. […] “Of course,” Russell said. “I have been grinding all summer to put myself in that position.”

As far as team goals go, Russell essentially guaranteed L.A. will make the postseason next year. […] “Expectations are high,” Russell says, “but this Lakers squad will most definitely be a playoff team.”