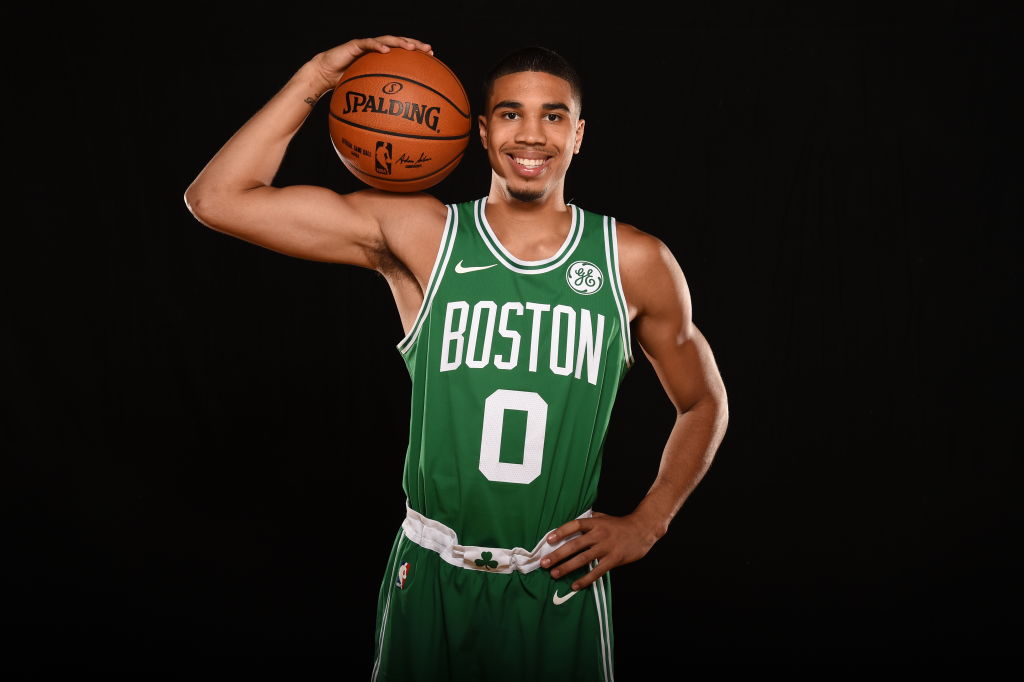 According to Celtics president of basketball ops Danny Ainge, rookie forward Jayson Tatum is “unlikely” to be named Rookie of the Year next season.

Ainge doesn’t think Tatum will get enough playing time to earn the award.

For the #Celtics, nothing at this point is certain, and Danny Ainge is OK with that https://t.co/kUz47Inm0w via @BostonGlobe

Boston picked the 19-year-old with the third pick in this summer’s NBA Draft.

Four years ago, majority owner Wyc Grousbeck promised “fireworks” in an interview with the Globe. It took Ainge years to orchestrate the Fourth of July. He acquired two All-Stars in the offseason (Kyrie Irving, Gordon Hayward), traded away their most popular player (Isaiah Thomas) and longest-tenured player (Avery Bradley), and then had enough confidence to trade down in the draft from No. 1 to No. 3 to select the skilled Tatum, who has drawn raves since his summer league performance.

“I’m excited, no question, as I said, you can feel it,” Ainge said. “You can feel the energy here at our practice facility, you can see it in guys that are trying out for the [G-League], guys that are going to play major roles on our team this year, young and old, you can just see the energy that exists around here and it’s good. It’s exciting. I’m excited to get the season started and see how it all works.”

There will be a large void at small forward with [Jae] Crowder’s absence. Hayward will assume the starting role but [Jaylen] Brown and Tatum could be depended on for major minutes. Brown will be 20 on opening night. Tatum doesn’t turn 20 until March.

“We’ll see what minutes [Tatum] will earn. I’m not worried about how they will play when the lights go on. It will be unlikely that Jayson is Rookie of the Year because it will probably come from a team that starts their rookies and plays them 35 minutes per night.”

Related
Paul Pierce: Jayson Tatum ‘Looks Like a Mature Version of My Game’